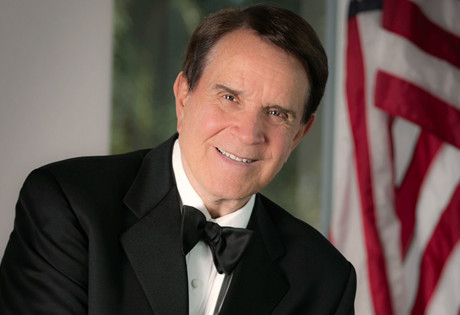 Start by filling out our no-obligation entertainment request form to check pricing and availability for Rich Little or whoever else you may want.

Our Rich Little agent will be happy to help you get Rich Little's availability and booking fee, or the price and availability for any other A-List entertainer, band, comedian or celebrity you may want for your corporate event, private party, wedding, birthday party or public show.

Richard “Rich” Little was born in 1938 in Ontario, Canada. Little learned the art of impression at an early age, when in his teens he began perfecting his vocal impersonations of the local Ottawa mayor and the current prime minister. By the time he was seventeen, Rich was performing in local clubs and bars, honing his craft. A gig as a disc jockey followed, until a fortuitous turn of events led to an invitation by Mel Torme to audition for a variety show currently in development. The show was The Judy Garland Show, and Rich Little was offered the job. He debuted in 1964, and his popularity began to grow very quickly.

Within only a few years, Rich Little’s experience had expanded to include characters roles on television (including Love on a Rooftop), similar roles in film (including That Girl), and appearances on shows such as The Tonight Show, the Dean Martin Celebrity Roasts, the Julie Andrews Hours, and the ABC Comedy Hour. Little’s dead-on impersonations of notable figures such as Richard Nixon led to his recognition as Comedy Star of the Year in 1974, and for the remainder of the decade, Rich Little’s comedic presence was nearly ubiquitous.  Little’s success continued into the 1980’s and beyond, and he even provided character voice for films such as the Curse of the Pink Panther (1983.) In the new millennium, Rich Little hosted the White House Correspondents’ Association dinner in 2007 and has served as a character voice for the highly rated animated series Futurama.

In addition to his achievements in comedy, television, and film, Rich Little is an active supporter of a number of charities, including the Children’s Miracle Network and the Juvenile Diabetes Fund. He continues to perform, with no sign of slowing down.

For more information on booking Rich Little, please contact Booking Entertainment. One of our top booking agents will be happy to work on your behalf to get you the best possible price to book any big name entertainer for your upcoming public, private or corporate event worldwide.

Booking Entertainment works to get the best possible Rich Little booking fee and Rich Little price for our clients while also providing the celebrity or famous entertainer with the level of professionalism and industry norms that they expect from an event run by a professional booking agency and production management.

Booking Entertainment uses our agency / management relationships and over 25 years of production experience to help buyers of headline / top name entertainers and does not claim or represent itself as the exclusive Rich Little agent, manager or management company for any of the artists on our site.

Booking Entertainment does not claim or represent itself as the exclusive booking agency, business manager, publicist, speakers bureau or management for Rich Little or any artists or celebrities on this website.