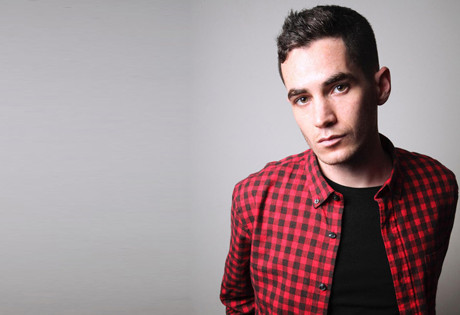 Start by filling out our no-obligation entertainment request form to check pricing and availability for Ricky Velez or whoever else you may want.

Our Ricky Velez agent will be happy to help you get Ricky Velez's availability and booking fee, or the price and availability for any other A-List entertainer, band, comedian or celebrity you may want for your corporate event, private party, wedding, birthday party or public show.

Comedian and writer Ricky Velez was born in New York, and spent his formative years growing up in the Queens area of NYC. Even though he is only in his mid 20’s, Velez is currently one of the most interesting young comedians on the rise. Especially in his hometown of New York City, he is captivating audiences with his comedic performances at such notable clubs as the New York Comedy Club, the Stand, and Caroline’s.

Recently tapped as one of Comedy Central’s “Comics to Watch” and named as “New York’s Funniest” by the New York Comedy Festival, Ricky Velez garnered significant buzz for his performances in Official Standup at the Stand (2015) and also on The Nightly Show with Larry Wilmore (2015), for which he also serves as a writer. His performances include national tours on the college circuit and stand-up gigs for America’s troops stationed around the country.

Ricky Velez is a comedy star on the rise and definitely one to follow in the near future. He most recently appeared on Totally Biased on the FX channel, and returned from one of his first international performances, at The Harpa in Rejkavik, Iceland.

For more information on booking Ricky Velez, please contact Booking Entertainment. One of our top booking agents will be happy to work on your behalf to get you the best possible price to book any big name entertainer for your upcoming public, private or corporate event worldwide.

Booking Entertainment works to get the best possible Ricky Velez booking fee and Ricky Velez price for our clients while also providing the celebrity or famous entertainer with the level of professionalism and industry norms that they expect from an event run by a professional booking agency and production management.

Booking Entertainment uses our agency / management relationships and over 25 years of production experience to help buyers of headline / top name entertainers and does not claim or represent itself as the exclusive Ricky Velez agent, manager or management company for any of the artists on our site.

Booking Entertainment does not claim or represent itself as the exclusive booking agency, business manager, publicist, speakers bureau or management for Ricky Velez or any artists or celebrities on this website.