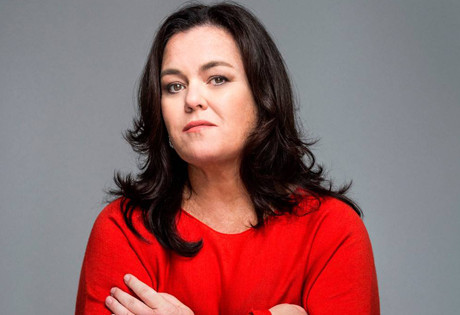 Start by filling out our no-obligation entertainment request form to check pricing and availability for Rosie O'Donnell or whoever else you may want.

Our Rosie O'Donnell agent will be happy to help you get Rosie O'Donnell's availability and booking fee, or the price and availability for any other A-List entertainer, band, comedian or celebrity you may want for your corporate event, private party, wedding, birthday party or public show.

Rosie O’Donnell was born in 1962 in Commack, New York. Rosie was very active and popular in her high school, finishing her studies as the school’s prom queen and senior class president and excelling academically. Her life was far from perfect, though – she lost her mother at a very young age to breast cancer, and the experience had a long lasting impact on young Rosie, as she would discuss in many an interview after she’d achieved success.

After leaving college, Rosie O’Donnell began performing stand-up, and for the earlier part of 1980’s she performed at a number of New York area comedy clubs, until a performance on Star Search gave her the national exposure she was seeking. Offers came in from a variety of television shows, and in 1986 Rosie appeared on Gimme a Break! and then later on Stand by Your Man (1992), before making her big screen debut in the film A League of Their Own later the same year. Additional feature films followed, including: Sleepless in Seattle (1993), Fatal Instinct (1993), The Flinstones (1994), Exit to Eden (1994), Now and Then (1995), Beautiful Girls (1995) and Harriest the Spy (1996), before O’Donnell’s biggest breakthrough arrived.

The Rosie O’Donnell Show launched in 1996, lasting for six years and earning Rosie multiple Emmy Awards for Outstanding Talk Show, Outstanding Writing, and Outstanding Talk Show Host. Rosie O’Donnell also enjoyed a run as co-cost of the television talk show The View, although tensions over her outspoken liberal view eventually resulted in her leaving the show, but only to switch over to the OWN: Oprah Winfrey Network, with the Doc Club with Rosie O’Donnell and then most recently with The Rosie Show for the same network. Rosie also hosted the Grammy Awards twice, and over the years she has appeared on stage in the shows: Grease (1994), Seussical (2001), Fiddler on the Roof (2004), and Love, Loss, and What I Wore (2009.)

In addition to her work on stage, in film and as a television show host, Rosie O’Donnell started her own magazine publication, Rosie, through McCall’s publishing. She published her memoirs, Find Me, in 2002, and then later Celebrity Detox, a memoir sequel in 2007. An outspoken member of the LGBT community, O’Donnell has also launched R Family Vacations, which caters to LGBT families, and she has developed a reputation as a highly philanthropic celebrity, donation millions to a variety of charities, especially those with children at their focus. Most notable is her own For All Kids Foundation, which has raised more than twenty million dollars for early childhood education and care, and her foundation Rosie’s Broadway Kids, which seeks to provide dance and music lessons for public schoolchildren in New York City.

For more information on booking Rosie O'Donnell, please contact Booking Entertainment. One of our top booking agents will be happy to work on your behalf to get you the best possible price to book any big name entertainer for your upcoming public, private or corporate event worldwide.

Booking Entertainment works to get the best possible Rosie O'Donnell booking fee and Rosie O'Donnell price for our clients while also providing the celebrity or famous entertainer with the level of professionalism and industry norms that they expect from an event run by a professional booking agency and production management.

Booking Entertainment uses our agency / management relationships and over 25 years of production experience to help buyers of headline / top name entertainers and does not claim or represent itself as the exclusive Rosie O'Donnell agent, manager or management company for any of the artists on our site.

Booking Entertainment does not claim or represent itself as the exclusive booking agency, business manager, publicist, speakers bureau or management for Rosie O'Donnell or any artists or celebrities on this website.