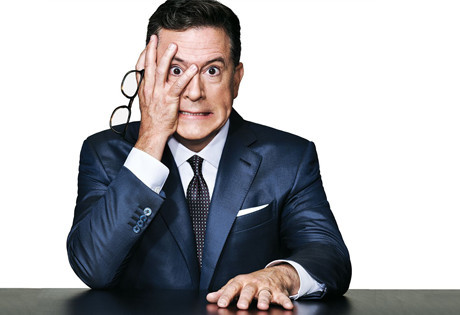 Start by filling out our no-obligation entertainment request form to check pricing and availability for Stephen Colbert or whoever else you may want.

Our Stephen Colbert agent will be happy to help you get Stephen Colbert's availability and booking fee, or the price and availability for any other A-List entertainer, band, comedian or celebrity you may want for your corporate event, private party, wedding, birthday party or public show.

Stephen Colbert was born in 1964 in Washington, DC. He grew up in South Carolina, and attended Northwestern University as a Theater Major. Initially, Colbert’s focus was in the area of drama, but he joined an improv group in Chicago and shortly thereafter found himself with the famous Second City touring company, for which he served as understudy to none other than Steve Carell.

With Second City, Stephen Colbert also became close to Paul Dinello and Amy Sedaris. When the two began pre-production for an HBO series, they convinced Colbert to join them in New York, and so he began working with them on Exit 57, a sketch comedy show which aired from 1995-1996. His work on Exit 57 paved the way for future assignments, including working as a writer for the Dana Carvey Show, Saturday Night Live, Good Morning America, and then the Daily Show, which would become Colbert’s biggest break.

On the Daily Show, Stephen Colbert began performing in the character of a conservative correspondent in 1997. The character proved to be so popular that it resulted in The Colbert Report, the program with which Stephen Colbert is most associated today. The show parodies conventional news broadcasts, with a highly conservative right-wing satirical twist. The role has provided Colbert with a unique opportunity to simultaneously entertain, inform, and enlighten the viewing audience on the absurdities of politics and social issues as they are approached from a partisan standpoint. The Colbert Report has earned innumerous awards and launched Stephen Colbert’s career as a cultural icon.

Since the success of The Colbert Report, Stephen Colbert has gone on to appear in a variety of roles in entertainment and satirical politics. He launched a bid to run for president in 2008 and again in 2012, establishing his own Super PAC in 2011 for the purpose of exploring the ludicrous nature of the process on air. Alongside the Daily Show’s Jon Stewart, they hosted the Rally to Restore Sanity and/or Fear in response to a recent rally held by Glenn Beck. Colbert has also made appearances on dozens of television shows, including Curb Your Enthusiasm and Law & Order: Criminal Intent, and provided voices for characters on American Dad, Crank Yankers, and the Simpsons. In addition, Colbert’s print publications include the satirical book Wigfield: The Can Do Town That Just May Not, I am America (And So Can You!), and America (The Book.)

For his achievements in entertainment, Stephen Colbert has been the recipient of innumerous awards, including multiple Emmys for writing (on both the Daily Show and Colbert Report), a Satellite Award, a Television Critics Association Award, two Peabody Awards, and even a Grammy Award for Best Comedy Album, for A Colbert Christmas: The Greatest Gift of All!

Stephen Colbert can be seen every week on the Colbert Report, and he has plans for other future projects in the works.

For more information on booking Stephen Colbert, please contact Booking Entertainment. One of our top booking agents will be happy to work on your behalf to get you the best possible price to book any big name entertainer for your upcoming public, private or corporate event worldwide.

Booking Entertainment works to get the best possible Stephen Colbert booking fee and Stephen Colbert price for our clients while also providing the celebrity or famous entertainer with the level of professionalism and industry norms that they expect from an event run by a professional booking agency and production management.

Booking Entertainment uses our agency / management relationships and over 25 years of production experience to help buyers of headline / top name entertainers and does not claim or represent itself as the exclusive Stephen Colbert agent, manager or management company for any of the artists on our site.

Booking Entertainment does not claim or represent itself as the exclusive booking agency, business manager, publicist, speakers bureau or management for Stephen Colbert or any artists or celebrities on this website.