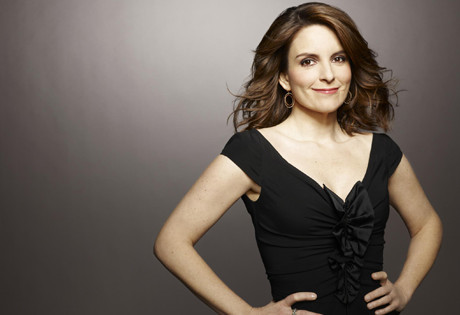 Start by filling out our no-obligation entertainment request form to check pricing and availability for Tina Fey or whoever else you may want.

Our Tina Fey agent will be happy to help you get Tina Fey's availability and booking fee, or the price and availability for any other A-List entertainer, band, comedian or celebrity you may want for your corporate event, private party, wedding, birthday party or public show.

The American actress and comedian Tina Fey was born in 1970 in Pennsylvania. As a teenager, Fey was very active in her high school drama club, and she also served as a writer and co-editor for the school’s newspaper. Upon entering the University of Virginia, Fey began to study acting and play-writing, eventually earning a B.S. in Drama upon her graduation in 1992.

After writing scripts and performing with the Second City for a number of years, Fey submitted some material to the head writer of Saturday Night Live. Her talents were immediately recognized, and she joined the staff of SNL as a writer in 1997. Within two years, she’d risen to the position of head writer on the show, and by 2000 she began performing in sketches. Her most memorable sketches include her portrayal of vice presidential nominee Sarah Palin, which have in hindsight been attributed to shaping the public perception of the candidate. For her writing on the show, Tina Fey earned multiple awards, including a Writer’s Guild of America Award and an Emmy Award. During this time, she also penned and produced the hit film, Mean Girls, in 2004.

After leaving Saturday Night Live in 2006, Tina Fey went on to create and star in the series 30 Rock, the work for which she is best known. Since then, her career has continued on the rise, both as a writer and actress. As an actress, Tina Fey has appeared in the additional films: Baby Mama (2008), Date Night (2010), Admission (2013), and This is Where I Leave You (2014.) Her talents have earned her four Writers Guild Awards, five Screen Actors Guild Awards, two Golden Globe Awards, and a staggering eight Emmy Awards.

Tina Fey continues to perform and write for television and film. Her autobiography, Bossypants, released in 2011 and rose to the top of the best sellers list.

For more information on booking Tina Fey, please contact Booking Entertainment. One of our top booking agents will be happy to work on your behalf to get you the best possible price to book any big name entertainer for your upcoming public, private or corporate event worldwide.

Booking Entertainment works to get the best possible Tina Fey booking fee and Tina Fey price for our clients while also providing the celebrity or famous entertainer with the level of professionalism and industry norms that they expect from an event run by a professional booking agency and production management.

Booking Entertainment uses our agency / management relationships and over 25 years of production experience to help buyers of headline / top name entertainers and does not claim or represent itself as the exclusive Tina Fey agent, manager or management company for any of the artists on our site.

Booking Entertainment does not claim or represent itself as the exclusive booking agency, business manager, publicist, speakers bureau or management for Tina Fey or any artists or celebrities on this website.