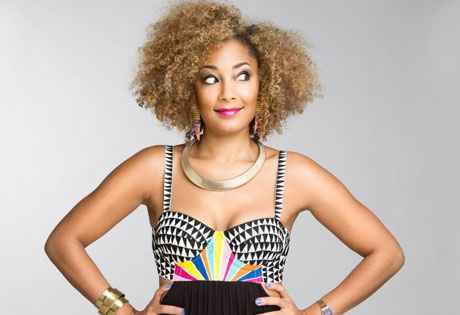 Start by filling out our no-obligation entertainment request form to check pricing and availability for Amanda Seales or whoever else you may want.

Our Amanda Seales agent will be happy to help you get Amanda Seales's availability and booking fee, or the price and availability for any other A-List entertainer, band, comedian or celebrity you may want for your corporate event, private party, wedding, birthday party or public show.

Comedian, actress, and radio personality Amanda Seales, AKA Amanda Diva, was born in 1981 in California. Amanda spent her early childhood in Inglewood, before the family moved to Orlando, Florida in 1989. After graduating from Dr. Phillips High School, Seales earned her master’s degree in African-American studies at Columbia University in New York, where she also began her acting career.

Amanda’s earliest roles include a small one in the movie Cop and a Half (1993) and appearances on a number of television shows, including My Brother and Me (1994), Def Poetry Jam (2002), the HBO series Insecure (2016), and her own VJ show on MTV2, Sucker Free Countdown. In 2016, she launched the truTV show Greatest Ever, appearing as the show’s host; later that same year Amanda added stand-up comedy to her entertainment repertoire.

As her acting and comedy career was on the rise, Amanda also began to perform and record her own music, releasing a debut EP, Life Experience, in 2007. The EP Spandex, Rhymes, & Soul followed in 2009, and then Madame Monochrome in 2011. All were self-released via digital download. Between 2008 and 2012, Amanda Seales also appeared as a guest artist on a number of singles, including: “Get Right” and “Blvd Broad” (with Johnny Polygon on his album Rebel Without Applause); “Beautiful Things” (with Kenichiro Nishihara on her album LIFE); and “Proud 2 Be” (with N.O.R.E., on the album Crack on Steroids.)

Amanda Seales most recently began hosting the comedy competition series Bring the Funny on NBC. She appears alongside co-hosts and judges Jeff Foxworthy, Chrissy Teigen, and Kenan Thompson. Seales also debuted her first stand-up comedy special on the HBO network; I Be Knowin’ aired for the first time on January 26, 2019.

For more information on booking Amanda Seales, please contact Booking Entertainment. One of our top booking agents will be happy to work on your behalf to get you the best possible price to book any big name entertainer for your upcoming public, private or corporate event worldwide.

Booking Entertainment works to get the best possible Amanda Seales booking fee and Amanda Seales price for our clients while also providing the celebrity or famous entertainer with the level of professionalism and industry norms that they expect from an event run by a professional booking agency and production management.

Booking Entertainment uses our agency / management relationships and over 25 years of production experience to help buyers of headline / top name entertainers and does not claim or represent itself as the exclusive Amanda Seales agent, manager or management company for any of the artists on our site.

Booking Entertainment does not claim or represent itself as the exclusive booking agency, business manager, publicist, speakers bureau or management for Amanda Seales or any artists or celebrities on this website.