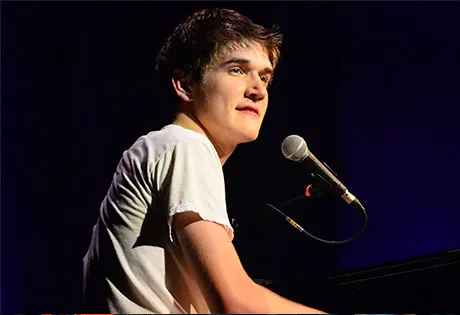 Start by filling out our no-obligation entertainment request form to check pricing and availability for Bo Burnham or whoever else you may want.

Our Bo Burnham agent will be happy to help you get Bo Burnham's availability and booking fee, or the price and availability for any other A-List entertainer, band, comedian or celebrity you may want for your corporate event, private party, wedding, birthday party or public show.

Bo Burnham is an American entertainer and performer born in 1990. The Massachusetts native would begin to utilize the relatively new YouTube platform to become one of the internet’s earliest comedians on the platform in 2006. Burnham would soon see success as a viral sensation with his mix of comedy and music and record for Comedy Central in 2008 before releasing his debut album in 2009.

Burnham’s comedy career would take off and he would see great success in the 2010’s with his unique mix of music into his standup. He had three standup specials release during this time period, and he would eventually branch off into acting. In 2018, Burnham wrote and directed his debut film, Eighth Grade, which became a critically acclaimed indie film. In 2021, he would return to comedy with his special Inside, which proved to be his most lauded performance yet.

In terms of filmmaking, Burnham has received a nomination for the Grand Jury Prize at Sundance for Eighth Grade and received 6 Emmy nominations and two Grammy nominations for his comedy special Inside, winning 3 Emmys and a Grammy Award. He has gone on six comedic tours with great success and even published a book of poetry in 2013. Burnham has been featured in several major publications as well including The New York Times, Rolling Stone, NPR, and Vanity Fair, among others.

For more information on booking Bo Burnham, please contact Booking Entertainment. One of our top booking agents will be happy to work on your behalf to get you the best possible price to book any big name entertainer for your upcoming public, private or corporate event worldwide.

Booking Entertainment works to get the best possible Bo Burnham booking fee and Bo Burnham price for our clients while also providing the celebrity or famous entertainer with the level of professionalism and industry norms that they expect from an event run by a professional booking agency and production management.

Booking Entertainment uses our agency / management relationships and over 25 years of production experience to help buyers of headline / top name entertainers and does not claim or represent itself as the exclusive Bo Burnham agent, manager or management company for any of the artists on our site.

Booking Entertainment does not claim or represent itself as the exclusive booking agency, business manager, publicist, speakers bureau or management for Bo Burnham or any artists or celebrities on this website.