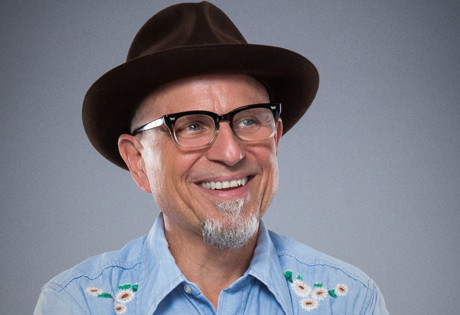 Start by filling out our no-obligation entertainment request form to check pricing and availability for Bobcat Goldthwait or whoever else you may want.

Robert “Bobcat” Goldthwait was born in 1962 in Syracuse, New York.  Goldthwait resolved very early on in his childhood to pursue a career as a comedian, and by the time he was in his mid-teens he was already performing professionally. Alongside childhood friend and future voice of SpongeBob, Tom Kenny, Bobcat Goldthwait established a comedy troupe and it wasn’t long before he established himself as a comedic talent.

Bobcat Goldthwait’s performances in the early 1980’s showcased his unique comedic style, which features often unsettling dark comedy and political satire, packaged in a unique delivery that features a high-pitched, hoarse voice. An Evening with Bobcat Goldthwait – Share the Warmth and Bob Goldthwait – Is He Like That All the Time? were both televised to enormous success. Around the same time, Goldthwait began appearing in films, beginning with Police Academy, and including:  One Crazy Summer (1986), Burglar (1987), Scrooged (1988), Hot to Trot (1988), Shakes the Clown (1992), and Radioland Murders (1994.)  He also appeared as a guest host on The Ben Stiller Show in 1992, and on Married…. With Children. Bobcat guest appeared on dozens of talk shows, including Late Night with Conan O’Brien, the Tonight Show with Jay Leno, and the Larry Sanders Show, often performing bizarre antics such as setting fire to the set furniture.

Most recently, Bobcat Goldthwait has appeared on Jimmy Kimmel Live!, Real Time with Bill Maher, and an episode of LA Ink, in which he received a tattoo. He continues to make appearances and perform stand-up occasionally.

For more information on booking Bobcat Goldthwait , please contact Booking Entertainment. One of our top booking agents will be happy to work on your behalf to get you the best possible price to book any big name entertainer for your upcoming public, private or corporate event worldwide.

Booking Entertainment works to get the best possible Bobcat Goldthwait booking fee and Bobcat Goldthwait price for our clients while also providing the celebrity or famous entertainer with the level of professionalism and industry norms that they expect from an event run by a professional booking agency and production management.

Booking Entertainment uses our agency / management relationships and over 25 years of production experience to help buyers of headline / top name entertainers and does not claim or represent itself as the exclusive Bobcat Goldthwait agent, manager or management company for any of the artists on our site.

Booking Entertainment does not claim or represent itself as the exclusive booking agency, business manager, publicist, speakers bureau or management for Bobcat Goldthwait or any artists or celebrities on this website.