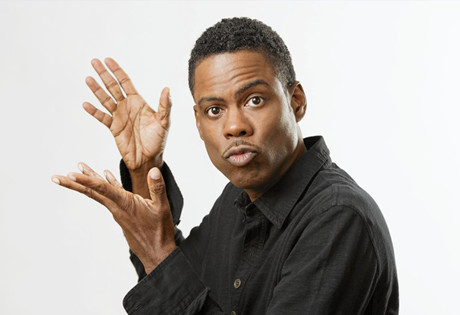 Start by filling out our no-obligation entertainment request form to check pricing and availability for Chris Rock or whoever else you may want.

Our Chris Rock agent will be happy to help you get Chris Rock 's availability and booking fee, or the price and availability for any other A-List entertainer, band, comedian or celebrity you may want for your corporate event, private party, wedding, birthday party or public show.

Chris Rock was born in 1965 and quickly rose to fame after he began doing stand-up in New York in the early 1980’s. As a regular at Catch a Rising Star, within a short period of time he began to receive offers for film roles, and by 1990, he’d joined the cast of Saturday Night Live. Alongside fellow cast members Rob Schneider, Adam Sandler, David Spade, and Chris Farley, Rock became a part of the “Bad Boys of SNL,” and he remained with the show for three years.

While still a member of SNL, Chris Rock gained further recognition with his album Born Suspect (1991), and also gained some critical acclaim with his dramatic role in New Jack City. By the time he left Saturday Night Live in 1993, he was ready to focus on his career in film, but before steering courses, he completed his first HBO comedy special, Big Ass Jokes (1994), and then his second comedy special, Bring the Pain (1996.) The latter became Rock’s pinnacle achievement at the time, earning him two Emmys and enough accolades to secure his position as one of the best comedians of the era. His subsequent comedy specials, Bigger & Blacker (1999) and Never Scared (2004), were equally successful. More awards came to Chris Rock quickly after, Emmys for his HBO talk show, The Chris Rock Show, and for his 2008 special Kill the Messenger, and also for his Grammy Award-winning albums based off two of his comedy specials.

In film, Chris Rock has also demonstrated his comedic skills and wide-ranging acting talent.  Following New Jack City, Rock went on to appear in Dogma, Beverly Hills Ninja, Nurse Betty, and to star in films such as: The Longest Yard, Bad Comedy, Down to Earth, Death at a Funeral, Grown Ups, and 2 Days in New York. He has also voiced characters for Bee Movie and the Madagascar films. The television series Everybody Hates Chris became his first production opportunity, and the series, which is based off his own childhood school days, has earned Chris Rock Golden Globe nominations, Emmy Awards, and a People’s Choice Awards.  Rock’s hosting of the 2005 Academy Awards also showcased the comedian’s flair for infusing humor about race relations, class divides, and politics into his highly entertaining although sometimes controversial stand-up routines.

Chris Rock continues to act, produce, and perform stand-up. He most recently voiced his returning character for Madly Madagascar (2013), and appear in the 2013 film Grown Ups 2.

For more information on booking Chris Rock , please contact Booking Entertainment. One of our top booking agents will be happy to work on your behalf to get you the best possible price to book any big name entertainer for your upcoming public, private or corporate event worldwide.

Booking Entertainment works to get the best possible Chris Rock booking fee and Chris Rock price for our clients while also providing the celebrity or famous entertainer with the level of professionalism and industry norms that they expect from an event run by a professional booking agency and production management.

Booking Entertainment uses our agency / management relationships and over 25 years of production experience to help buyers of headline / top name entertainers and does not claim or represent itself as the exclusive Chris Rock agent, manager or management company for any of the artists on our site.

Booking Entertainment does not claim or represent itself as the exclusive booking agency, business manager, publicist, speakers bureau or management for Chris Rock or any artists or celebrities on this website.