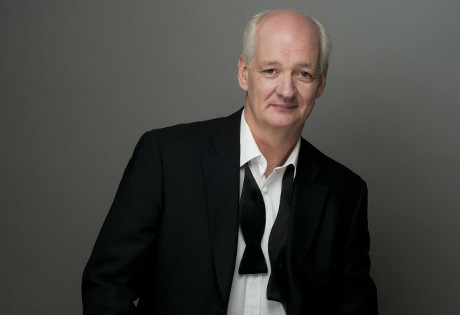 Start by filling out our no-obligation entertainment request form to check pricing and availability for Colin Mochrie or whoever else you may want.

Our Colin Mochrie agent will be happy to help you get Colin Mochrie's availability and booking fee, or the price and availability for any other A-List entertainer, band, comedian or celebrity you may want for your corporate event, private party, wedding, birthday party or public show.

Colin Mochrie was born in 1957 in Scotland but grew up in Canada. He originally had aspirations to work in the sciences, until he fell in love with theater after performing in a school play. Mochrie graduated as valedictorian of his class, and went on to study theater at Vancouver’s Studio 58 theater school. It was there that he truly discovered his talent for improv comedy.

Colin Mochrie moved to Toronto in the mid 1980’s and began performing with the Second City National Touring Company. After a few years with the company, Mochrie auditioned for the British show Whose Line is it Anyway? but initially didn’t make the cast; it was after moving to Los Angeles shortly thereafter and re-auditioning that he ended up joining the British version of the cast and moving to London.

After seven years, when the British version of the show ended in 1998, Colin Mochrie joined the American version, hosted by Drew Carey. Although this is the role with which he is most familiar to American audiences, during his time with Whose Line is it Anyway?, Mochrie continued to appear in other projects. He played the role of Mike Brady in The Brady Brunch on stage, in 1994, and starred in the Canadian series Blackfly. He has also appeared on This Hour Has 22 Minutes (CBC Television), Getting Along Famously (2006), the Drew Carey Show (1999-2000), and even began hosting the Canadian version of Are You Smarter Than a 5th Grader? in 2007.  Alongside Brad Sherwood, Colin Mochrie has also toured as part of the two-man show, An Evening with Colin and Brad, of which a DVD version has also been released in 2011.

Colin Mochrie has thus far in his career been recognized with two Canadian Comedy Awards, a Writers Guild of America Award, and a Gemini Award. Fans can continue to see Mochrie and Sherwood in their one-man show; the duo most recently performed at Royal Albert Hall in London. Mochrie also recently appeared in the film Astronaut (2018), and is wrapping production on the upcoming television movie, The Mission.

For more information on booking Colin Mochrie, please contact Booking Entertainment. One of our top booking agents will be happy to work on your behalf to get you the best possible price to book any big name entertainer for your upcoming public, private or corporate event worldwide.

Booking Entertainment works to get the best possible Colin Mochrie booking fee and Colin Mochrie price for our clients while also providing the celebrity or famous entertainer with the level of professionalism and industry norms that they expect from an event run by a professional booking agency and production management.

Booking Entertainment uses our agency / management relationships and over 25 years of production experience to help buyers of headline / top name entertainers and does not claim or represent itself as the exclusive Colin Mochrie agent, manager or management company for any of the artists on our site.

Booking Entertainment does not claim or represent itself as the exclusive booking agency, business manager, publicist, speakers bureau or management for Colin Mochrie or any artists or celebrities on this website.