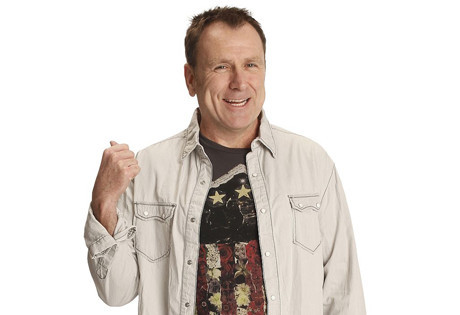 Start by filling out our no-obligation entertainment request form to check pricing and availability for Colin Quinn or whoever else you may want.

Our Colin Quinn agent will be happy to help you get Colin Quinn 's availability and booking fee, or the price and availability for any other A-List entertainer, band, comedian or celebrity you may want for your corporate event, private party, wedding, birthday party or public show.

Colin Quinn was born in 1959 in Brooklyn, New York, to a couple of teachers who recognized his natural flair for comedy when he was a child. After attending Stony Brook University for a little while, Quinn began performing stand-up in the early 1980’s. His first gig was as co-host for Remote Control on MTV in 1987, which lasted for three years. The role made Quinn a household name, and after leaving the show, his career took off and has flourished ever since.

Colin followed up the job at MTV by hosting Caroline’s Comedy Hour for A&E, and then began writing for television and film, contributing to such notable shows as In Living Color and movies such as Celtic Pride. In the mid 1990’s, he joined the writers and eventually the cast of Saturday Night Live, creating such memorable characters as “ Joe Blow,” “Rolf,” and “Lenny the Lion.” After Norm Macdonald left SNL, Quinn took over as the host of Weekend Update, and gave audiences dead-on impersonations of numerous celebrities, including Robert De Niro.

After leaving Saturday Night Live, Colin Quinn launched his own show, Tough Crowd with Colin Quinn, on Comedy Central. The show lasted for two seasons before its cancellation, at which time Quinn turned to a variety of other comedic outlets, including radio, appearing frequently on The Opie & Anthony Show and co-hosting the Nick DiPaolo show. Most recently, Colin Quinn appeared in Grown Ups alongside Adam Sandler, and in his own stand-up show, Colin Quinn Long Story Short, on Broadway. A filmed version of the performance aired on HBO, and in 2011, Quinn brought the performance to other cites around the nation, including Philadelphia and Chicago.

In 2015, Colin Quinn launched his fifth one-man show at the Cherry Lane Theater in New York. Titled “The New York Story,” the show mirrors many of the stories that also appear in his 2015 book, The Coloring Book: A Comedian Solves Race Relations in America. Today, Quinn continues to perform for audiences and also maintain an active Twitter account, through which he has become known for his provocative tweets.

For more information on booking Colin Quinn , please contact Booking Entertainment. One of our top booking agents will be happy to work on your behalf to get you the best possible price to book any big name entertainer for your upcoming public, private or corporate event worldwide.

Booking Entertainment works to get the best possible Colin Quinn booking fee and Colin Quinn price for our clients while also providing the celebrity or famous entertainer with the level of professionalism and industry norms that they expect from an event run by a professional booking agency and production management.

Booking Entertainment uses our agency / management relationships and over 25 years of production experience to help buyers of headline / top name entertainers and does not claim or represent itself as the exclusive Colin Quinn agent, manager or management company for any of the artists on our site.

Booking Entertainment does not claim or represent itself as the exclusive booking agency, business manager, publicist, speakers bureau or management for Colin Quinn or any artists or celebrities on this website.