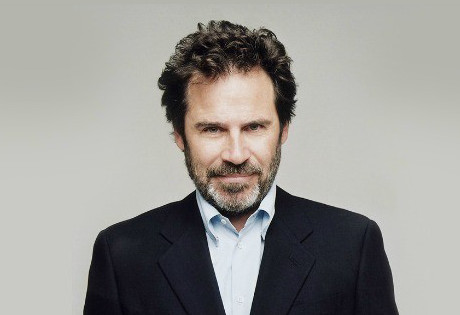 Start by filling out our no-obligation entertainment request form to check pricing and availability for Dennis Miller or whoever else you may want.

Our Dennis Miller agent will be happy to help you get Dennis Miller's availability and booking fee, or the price and availability for any other A-List entertainer, band, comedian or celebrity you may want for your corporate event, private party, wedding, birthday party or public show.

Dennis Miller was born in 1953 in Pittsburgh, Pennsylvania. As a young man, Miller pursued studies in journalism while in college, and in the early 1980’s, he hosted a television show designed to bring the news to teenagers. Around the same time, he began performing stand up routines around the country. His breakthrough came in 1985 during an appearance at The Comedy Store, which led to his discovery by one of the producers of Saturday Night Live. Quite simply, Dennis Miller joined the cast and his career as a comedian took off.

As the fictional news anchor on the show, Miller established a strong cult following and became known for his quirky delivery of the “news.” His impersonations on Saturday Night Live also included Nathaniel Crosby, Gary Hart, and George Harrison, and he remained with the show until the early 1990’s. In 1992, Dennis began his own late-night talk show, The Dennis Miller Show, and the show took off to great success. One of the features that set the show apart from its competitors included the first appearances of a number of musicians and performers. The show’s strength also lie in highly successful producers and writers who came from such programming as Will & Grace, That 70’s Show, and of course, Saturday Night Live.

Dennis Miller Live came next, premiering on HBO in 1994. The style of the show differed greatly from Miller’s previous show, focusing on one interview, one guest, and one topic, each day.  The show earned Miller and his writers five Emmys during its 215-show run, until its cancellation in 2002.  Dennis Miller followed up with occasionally commentary for Hannity & Colmes on Fox News in 2003, and then he created Dennis Miller for CNBC in 2004. The show explored various political and contemporary subjects and featured a group of guest panelists, but despite its strong start, Dennis Miller was also cancelled in 2005.

Since that time, Dennis Miller has appeared on a number of shows as a guest, including the Daily Show, the O’Reilly Factor, Real Time with Bill Maher, the Tonight Show with Jay Leno, and Late Night with David Letterman. Although once left-leaning politically, in recent years Dennis Miller has found a home on the Fox News Channel, often contributing to a their programming through guest appearances and providing regular, conservative commentary on a number of divisive political issues, including illegal immigration, taxes, and foreign policy.  Dennis Miller credits the tragedy of September 11, 2001 for shifting his Democratic viewpoints to more Republican, although he still claims to be more liberal when it comes to social issues such as gay marriage and says that he self-identifies as “libertarian.”

Today, Dennis Miller continues to act and perform. In 2015, he appeared in the film Joe Dirt 2, in the role of Zander Kelly, and his latest comedy special—Fake News, Real Jokes—aired in 2018 via Amazon and other online networks.

For more information on booking Dennis Miller, please contact Booking Entertainment. One of our top booking agents will be happy to work on your behalf to get you the best possible price to book any big name entertainer for your upcoming public, private or corporate event worldwide.

Booking Entertainment works to get the best possible Dennis Miller booking fee and Dennis Miller price for our clients while also providing the celebrity or famous entertainer with the level of professionalism and industry norms that they expect from an event run by a professional booking agency and production management.

Booking Entertainment uses our agency / management relationships and over 25 years of production experience to help buyers of headline / top name entertainers and does not claim or represent itself as the exclusive Dennis Miller agent, manager or management company for any of the artists on our site.

Booking Entertainment does not claim or represent itself as the exclusive booking agency, business manager, publicist, speakers bureau or management for Dennis Miller or any artists or celebrities on this website.