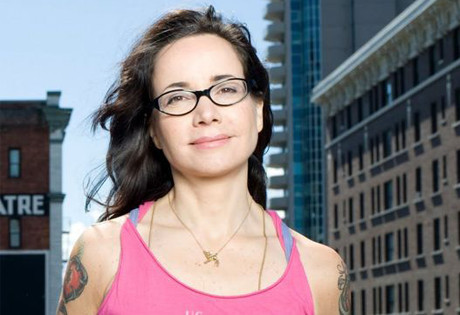 Start by filling out our no-obligation entertainment request form to check pricing and availability for Janeane Garofalo or whoever else you may want.

Our Janeane Garofalo agent will be happy to help you get Janeane Garofalo 's availability and booking fee, or the price and availability for any other A-List entertainer, band, comedian or celebrity you may want for your corporate event, private party, wedding, birthday party or public show.

Janeane Garofalo was born in 1964 in Newton, New Jersey.  As a child, her family moved around a lot and spent time in a variety of states, including California and Texas. While attending Providence College, Garofalo began experimenting with stand-up comedy, entering contests and attending open-mic opportunities.

By the late 1980’s, Janeane had developed her stand-up style, performing rather dark, self-deprecating humor that pokes fun at women in popular culture and female stereotypes in the media. Garofalo became part of the club comedy scene in California in the early 1990’s, appearing at a number of venues. Her breakthrough came in 1990 when she became friends with Ben Stiller, and so her television debut was on the Ben Stiller Show in 1992. That opportunity brought her a gig on the Larry Sanders Show, which earned her two Emmy nominations. After leaving the show, Janeane Garofalo joined the cast of Saturday Night Live for one season, and then from there accepted guest roles on a number of high-profile television shows, including Mad About You, Seinfeld, Newsradio, and a one-season run on the West Wing, in the role of a campaign advisor.

Janeane Garofalo is known for being an outspoken liberal and feminist, publicly supporting political figures that are in alignment with her worldview. She began more politically active following the start of the Iraq War, and has recently denounced the Tea Party and its ideals. In addition to her political activism and work in film and television, Janeane Garofalo has also been a voice on radio, having joined Air America Radio as the co-host of the Majority Report in 2004. Recently, she joined the cast of the BBC comedy, Ideal.

For more information on booking Janeane Garofalo , please contact Booking Entertainment. One of our top booking agents will be happy to work on your behalf to get you the best possible price to book any big name entertainer for your upcoming public, private or corporate event worldwide.

Booking Entertainment works to get the best possible Janeane Garofalo booking fee and Janeane Garofalo price for our clients while also providing the celebrity or famous entertainer with the level of professionalism and industry norms that they expect from an event run by a professional booking agency and production management.

Booking Entertainment uses our agency / management relationships and over 25 years of production experience to help buyers of headline / top name entertainers and does not claim or represent itself as the exclusive Janeane Garofalo agent, manager or management company for any of the artists on our site.

Booking Entertainment does not claim or represent itself as the exclusive booking agency, business manager, publicist, speakers bureau or management for Janeane Garofalo or any artists or celebrities on this website.