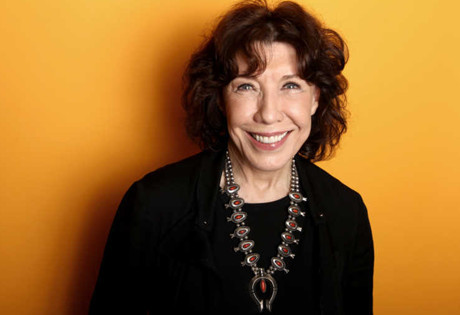 Start by filling out our no-obligation entertainment request form to check pricing and availability for Lily Tomlin or whoever else you may want.

Our Lily Tomlin agent will be happy to help you get Lily Tomlin 's availability and booking fee, or the price and availability for any other A-List entertainer, band, comedian or celebrity you may want for your corporate event, private party, wedding, birthday party or public show.

Lily Tomlin was born in 1939 in Detroit, Michigan. After studying theater at Wayne State University, Tomlin began performing stand-up in the New York City area, and appeared on television for the first time in the mid-1960’s on the Merv Griffin Show. Her big breakthrough was when she joined the show Laugh-In, during which time she perfected her talents for characters and sketch comedy. Lily’s iconic character of Ernestine, the nasal-sounding and unsympathetic telephone operator, and Edith Ann, the comically philosophical five-year old, are among her most famous fictional creations.

By the early 1970’s, Lily Tomlin had released This is a Recording, her first comedy album, and it immediately rose to the top of the charts. The album also garnered Tomlin a Grammy, and paved the way for future award-winning comedy albums, including And That’s The Truth (1972), Modern Scream (1975), and Lily Tomlin On Stage (1977.)

In addition to her appearances in film and on television, Lily Tomlin became the first woman to appear on Broadway in a solo role, with her play Appearing Nitely (1977.) The Search for Signs of Intelligent Life in The Universe followed, and then Not Playing with a Full Deck. Throughout her career, Tomlin has garnered innumerous awards, including two Tonys, a Grammy, and four Emmy awards. She continues to act and perform regularly.

For more information on booking Lily Tomlin , please contact Booking Entertainment. One of our top booking agents will be happy to work on your behalf to get you the best possible price to book any big name entertainer for your upcoming public, private or corporate event worldwide.

Booking Entertainment works to get the best possible Lily Tomlin booking fee and Lily Tomlin price for our clients while also providing the celebrity or famous entertainer with the level of professionalism and industry norms that they expect from an event run by a professional booking agency and production management.

Booking Entertainment uses our agency / management relationships and over 25 years of production experience to help buyers of headline / top name entertainers and does not claim or represent itself as the exclusive Lily Tomlin agent, manager or management company for any of the artists on our site.

Booking Entertainment does not claim or represent itself as the exclusive booking agency, business manager, publicist, speakers bureau or management for Lily Tomlin or any artists or celebrities on this website.