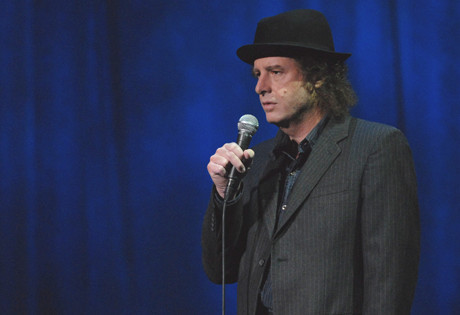 Start by filling out our no-obligation entertainment request form to check pricing and availability for Steven Wright or whoever else you may want.

Our Steven Wright agent will be happy to help you get Steven Wright's availability and booking fee, or the price and availability for any other A-List entertainer, band, comedian or celebrity you may want for your corporate event, private party, wedding, birthday party or public show.

Steven Wright was born in 1955 in Cambridge, Massachusetts. After graduating from Emerson College in 1978, Wright began performing stand-up in comedy clubs around Boston, and quickly established a following for his deadpan, lethargic one-liner deliveries.  By the early 1980’s, Wright had caught the attention of the Tonight Show producers, and he was invited to perform on the show. Johnny Carson was so taken with Wright’s performance that he had him return the following week, and Steven Wright’s career as a comedian was born.

In the mid 1980’s, Steven Wright released the album I Have a Pony, which earned him a Grammy nomination for Best Comedy Album. The recognition led to an HBO special which was equally successful. In 1989, Steven Wright’s short film, The Appointments of Dennis Jennings, earned him an Academy Award in the shorts category, and by the early 1990’s, Steven Wright was a regular on the show Mad About You.  For most of the 1990’s, Steven Wright chose to focus on his stand-up performances, which were incredibly successful.  A number of these were recorded for television, such as Steven Wright: When the Leaves Blow Away, which aired on Comedy Central in 2006 and was later released as a DVD. I Still Have a Pony came next, earning Steven another Grammy nomination, and in 2008, Steven Wright was inducted into the Boston Comedy Hall of Fame.

Throughout his career, Steven Wright has appeared in a number of films, including Desperately Seeking Susan (1985), Stars and Bars (1988), So I Married an Axe Murderer (1993), Natural Born Killers (1994), Half Baked (1998), Coffe and Cigarettes (2003), and Son of the Mask (2005.) In recent years, Steven Wright has also branched out into music, having recorded some songs, and experimented as a painter. Most recently, he can be seen on the Late Late Show with Craig Ferguson, assisting in the show’s fan mail segment.

For more information on booking Steven Wright, please contact Booking Entertainment. One of our top booking agents will be happy to work on your behalf to get you the best possible price to book any big name entertainer for your upcoming public, private or corporate event worldwide.

Booking Entertainment works to get the best possible Steven Wright booking fee and Steven Wright price for our clients while also providing the celebrity or famous entertainer with the level of professionalism and industry norms that they expect from an event run by a professional booking agency and production management.

Booking Entertainment uses our agency / management relationships and over 25 years of production experience to help buyers of headline / top name entertainers and does not claim or represent itself as the exclusive Steven Wright agent, manager or management company for any of the artists on our site.

Booking Entertainment does not claim or represent itself as the exclusive booking agency, business manager, publicist, speakers bureau or management for Steven Wright or any artists or celebrities on this website.