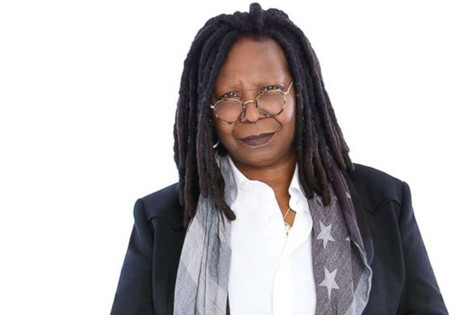 Start by filling out our no-obligation entertainment request form to check pricing and availability for Whoopi Goldberg or whoever else you may want.

Our Whoopi Goldberg agent will be happy to help you get Whoopi Goldberg's availability and booking fee, or the price and availability for any other A-List entertainer, band, comedian or celebrity you may want for your corporate event, private party, wedding, birthday party or public show.

American comedian, actress, and television host Whoopi Goldberg was born Caryn Elaine Johnson in 1955 in New York City. Today, Whoopi Goldberg is best known for her role as moderator of the television talk show The View, but even before she began this role in 2007, Goldberg’s career already boasted multiple industry awards and dozens of television and film roles that had already made her one of the most recognizable comedians of the era.

Goldberg’s earliest appearances were in a number of small films in the early 1980’s, until in 1983 she appeared in her own one-woman show, The Spook Show. Director Mike Nichols, impressed by the show, offered to bring it to Broadway, and the show became Whoopi’s big breakthrough. The show, simply titled Whoopi Goldberg, ran more than one hundred fifty performance and ultimately led to Goldberg’s first HBO special, Whoopi Goldberg: Direct from Broadway.

But in the mid 1980’s, a different director saw a spark in Whoopi beyond the comedic talents; Stephen Spielberg cast Goldberg in the title role of the groundbreaking dramatic film, The Color Purple. In her first dramatic role, Whoopi Goldberg’s performance earned her an Academy Award nomination for Best Actress, launching an acting career that brought her both comedic and dramatic roles for much of the 1980’s and into the 1990’s. She also became the first African-American woman to host the Academy Awards in 1994; Goldberg would go on to host the ceremony again three more times.

Since 2007, Whoopi Goldberg has been the moderator and co-host of the television talk show The View, following Rosie O’Donnell’s departure. Goldberg recently co-founded the company Whoopi & Maya, which seek to provide medical marijuana-based products designed for and marketed towards women.

For more information on booking Whoopi Goldberg, please contact Booking Entertainment. One of our top booking agents will be happy to work on your behalf to get you the best possible price to book any big name entertainer for your upcoming public, private or corporate event worldwide.

Booking Entertainment works to get the best possible Whoopi Goldberg booking fee and Whoopi Goldberg price for our clients while also providing the celebrity or famous entertainer with the level of professionalism and industry norms that they expect from an event run by a professional booking agency and production management.

Booking Entertainment uses our agency / management relationships and over 25 years of production experience to help buyers of headline / top name entertainers and does not claim or represent itself as the exclusive Whoopi Goldberg agent, manager or management company for any of the artists on our site.

Booking Entertainment does not claim or represent itself as the exclusive booking agency, business manager, publicist, speakers bureau or management for Whoopi Goldberg or any artists or celebrities on this website.