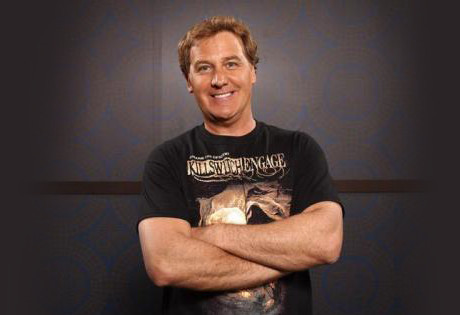 Start by filling out our no-obligation entertainment request form to check pricing and availability for Jim Florentine or whoever else you may want.

Our Jim Florentine agent will be happy to help you get Jim Florentine's availability and booking fee, or the price and availability for any other A-List entertainer, band, comedian or celebrity you may want for your corporate event, private party, wedding, birthday party or public show.

Jim Florentine was born in 1964 in New York. He began doing stand-up in local comedy clubs around the city in the early 1990’s, and in 2001, Florentine released his debut, Terrorizing Telemarketers Volume 1. Thanks to the Howard Stern Radio Show, which played segments from the CD frequently, Jim’s debut album rose into the Top 5 on the Billboard charts.

Terrorizing Telemarketers Volume 2 came next, and Florentine found himself with an invitation to join Adam Carolla and Jimmy Kimmel for Crank Yankers, a Comedy Central show which premiered in 2002 and lasted for three seasons, after which time it moved to MTV2 for an additional season. Since that time, Jim Florentine has been featured in a number of comedy specials and shows, including Down and Dirty with Jim Norton and That Metal Show, which premiered in 2008 and is the show with which Jim Florentine is most frequently associated.

Since that time, Jim Florentine has been seen everywhere on television, including on the shows The Apprentice, Mother Load, The List, Comedy Showcase, and Jimmy Kimmel Live!, and on the radio programs The Opie and Anthony Show and the Howard Stern Show. His film appearances include Beer League (2006) and A Little Help (2010) and in 2011, Jim Florentine began Comedy, Metal, Midgets, his weekly podcast. Later that same year he released Cringe N Purge, followed by Awful Jokes From My First Comedy Notebook, his latest CD of stand-up comedy.

For more information on booking Jim Florentine, please contact Booking Entertainment. One of our top booking agents will be happy to work on your behalf to get you the best possible price to book any big name entertainer for your upcoming public, private or corporate event worldwide.

Booking Entertainment works to get the best possible Jim Florentine booking fee and Jim Florentine price for our clients while also providing the celebrity or famous entertainer with the level of professionalism and industry norms that they expect from an event run by a professional booking agency and production management.

Booking Entertainment uses our agency / management relationships and over 25 years of production experience to help buyers of headline / top name entertainers and does not claim or represent itself as the exclusive Jim Florentine agent, manager or management company for any of the artists on our site.

Booking Entertainment does not claim or represent itself as the exclusive booking agency, business manager, publicist, speakers bureau or management for Jim Florentine or any artists or celebrities on this website.