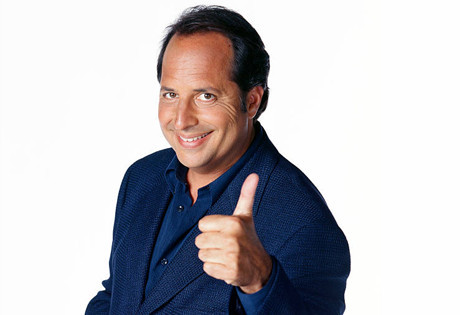 Start by filling out our no-obligation entertainment request form to check pricing and availability for Jon Lovitz or whoever else you may want.

Our Jon Lovitz agent will be happy to help you get Jon Lovitz's availability and booking fee, or the price and availability for any other A-List entertainer, band, comedian or celebrity you may want for your corporate event, private party, wedding, birthday party or public show.

Jon Lovitz was born in 1957 in Los Angeles, California. After graduating from the University of California at Irvine, Lovitz went on to join the famous comedy troupe, the Groundlings, before joining the cast of Saturday Night Live in 1985.

With Saturday Night Live, Jon Lovitz earned an Emmy Award for his contributions. Some of Lovitz’s most memorable characters include: Tonto, Master Thespian, Hanukkah Harry, and Trekkie. The success of his tenure at SNL led to innumerous roles in film and on television, including: Mom and Dad Save the World, High School High, Little Nicky, Friends, Seinfeld, A League of Their Own, Happiness, NewsRadio, Rat Race, Just Shoot Me!, and Two and a Half Man. His distinctive voice has also led to innumerous roles as animated characters in a number of film and television projects, including The Critic, The Simpsons, and The Brave Little Toaster.

In 2007, Jon Lovitz opened his own comedy club in San Diego, California. The Jon Lovitz Comedy Club at Aubergine has hosted a number of big name performers, including Dana Carvey, Kevin Nealon, David Spade, and Jon Stewart. Its success eventually led to a second club location at Universal CityWalk in Universal Studios Hollywood. The location serves as home for Adam Carolla’s podcast and a number of other projects, and in 2011, its name was changed to The Jon Lovitz Podcast Theater.

For more information on booking Jon Lovitz, please contact Booking Entertainment. One of our top booking agents will be happy to work on your behalf to get you the best possible price to book any big name entertainer for your upcoming public, private or corporate event worldwide.

Booking Entertainment works to get the best possible Jon Lovitz booking fee and Jon Lovitz price for our clients while also providing the celebrity or famous entertainer with the level of professionalism and industry norms that they expect from an event run by a professional booking agency and production management.

Booking Entertainment uses our agency / management relationships and over 25 years of production experience to help buyers of headline / top name entertainers and does not claim or represent itself as the exclusive Jon Lovitz agent, manager or management company for any of the artists on our site.

Booking Entertainment does not claim or represent itself as the exclusive booking agency, business manager, publicist, speakers bureau or management for Jon Lovitz or any artists or celebrities on this website.