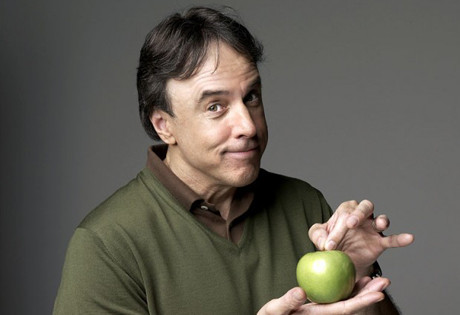 Start by filling out our no-obligation entertainment request form to check pricing and availability for Kevin Nealon or whoever else you may want.

Our Kevin Nealon agent will be happy to help you get Kevin Nealon's availability and booking fee, or the price and availability for any other A-List entertainer, band, comedian or celebrity you may want for your corporate event, private party, wedding, birthday party or public show.

Kevin Nealon was born in 1953 in St. Louis, Missouri. He grew up in Connecticut, and began performing stand-up while still a student at Sacred Heart University. In the early 1980’s, Nealon earned the opportunity to perform for Johnny Carson on The Tonight Show, and his performance led to his joining the cast of Saturday Night Live just a few years later. Nealon remained with the show for nine full seasons, and gave audiences such memorable characters as Franz, Mr. Subliminal, and Mr. No Depth Perception.

After his run on Saturday Night Live, Kevin Nealon turned to a variety of other television shows and films. Although he is most frequently associated with his recurring role on the series Weeds (which ran for eight seasons and concluded in 2012), he has also appeared in the films Coneheads (1993), Happy Gilmore (1996), Something So Right (1997), The Wedding Singer (1998), Little Nicky (2000), Joe Dirt (2001), Anger Management (2003), You Don’t Mess with the Zohan (2008), and Glory Daze (2010), to name a few. His television roles beyond Weeds include characters on Monk, Curb Your Enthusiasm, The Outer Limits, Still Standing, and 30 Rock. Nealon has also served as the host of a number of different programs, including Amazing America on the Discovery Channel and The Conspiracy Zone on the New TNN.

Beyond his commitments to the entertainment industry, Kevin Nealon is also a committed activist for animal rights (and thus also a vegetarian.) He and his wife contributing to a variety of events which benefit the cause, including: Farm Sanctuary, Wildlife Protection Association, Meat Out, and the Amanda Foundation. He even raised more than thirty thousand dollars for his charity in 2001 while appearing as a contestant on Who Wants to Be a Millionaire.

For more information on booking Kevin Nealon, please contact Booking Entertainment. One of our top booking agents will be happy to work on your behalf to get you the best possible price to book any big name entertainer for your upcoming public, private or corporate event worldwide.

Booking Entertainment works to get the best possible Kevin Nealon booking fee and Kevin Nealon price for our clients while also providing the celebrity or famous entertainer with the level of professionalism and industry norms that they expect from an event run by a professional booking agency and production management.

Booking Entertainment uses our agency / management relationships and over 25 years of production experience to help buyers of headline / top name entertainers and does not claim or represent itself as the exclusive Kevin Nealon agent, manager or management company for any of the artists on our site.

Booking Entertainment does not claim or represent itself as the exclusive booking agency, business manager, publicist, speakers bureau or management for Kevin Nealon or any artists or celebrities on this website.