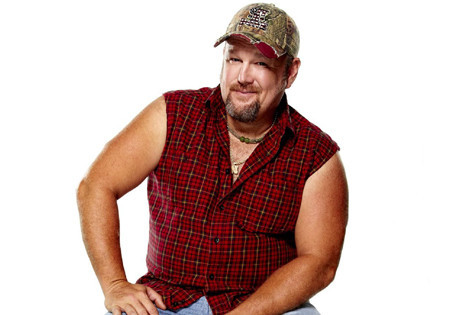 Start by filling out our no-obligation entertainment request form to check pricing and availability for Larry The Cable Guy or whoever else you may want.

Larry the Cable Guy was born Daniel Whitney in 1963 in Nebraska. After discovering his talent for comedy, he left his university students and began a career in radio. Whitney lent his comedic presence to a variety of shows, such as The Ron and Ron Show and The Todd and Tyler Show, before he developed the “Larry” character with which he is now most associated.

As the character of Larry the Cable Guy, or an incarnation of the character, Whitney has appeared in a number of films, including Delta Farce (2007), Witless Protection (2008), Cars (2006), Cars II (2011), and Tooth Fairy 2 (2012.) His character in the animated film Cars (2006), Mater, resulted in the Disneyland ride “Mater’s Junkyard Jamboree,” one of the park’s most popular rides for children.

As Larry the Cable Guy, Daniel Whitney continues to record comedy albums, perform stand-up, and act in a variety of films. The character’s unique blend of a thick, redneck accent, simple homespun expressions, and tales of “family” life, continue to appeal to a wide audience.

For more information on booking Larry The Cable Guy, please contact Booking Entertainment. One of our top booking agents will be happy to work on your behalf to get you the best possible price to book any big name entertainer for your upcoming public, private or corporate event worldwide.

Booking Entertainment works to get the best possible Larry The Cable Guy booking fee and Larry The Cable Guy price for our clients while also providing the celebrity or famous entertainer with the level of professionalism and industry norms that they expect from an event run by a professional booking agency and production management.

Booking Entertainment uses our agency / management relationships and over 25 years of production experience to help buyers of headline / top name entertainers and does not claim or represent itself as the exclusive Larry The Cable Guy agent, manager or management company for any of the artists on our site.

Booking Entertainment does not claim or represent itself as the exclusive booking agency, business manager, publicist, speakers bureau or management for Larry The Cable Guy or any artists or celebrities on this website.