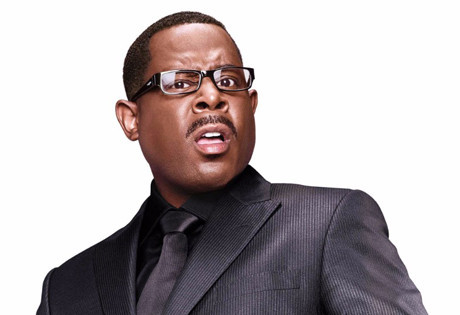 Start by filling out our no-obligation entertainment request form to check pricing and availability for Martin Lawrence or whoever else you may want.

Our Martin Lawrence agent will be happy to help you get Martin Lawrence's availability and booking fee, or the price and availability for any other A-List entertainer, band, comedian or celebrity you may want for your corporate event, private party, wedding, birthday party or public show.

Martin Lawrence was born in 1965 in Germany, to parents who were stationed overseas as part of the US military. Upon his return to the states, Lawrence attended a number of performing arts high schools in the Washington, D.C. and Maryland areas, and upon graduation, he moved to Denver and began performing stand-up around town. An appearance at the Kings Wood comedy club led to a spot on Star Search, which led him to the role on the television show What’s Happening Now.

After the show was cancelled, Martin Lawrence appeared in a number of films and shows, including: Do the Right Thing, House Party, Talkin’ Dirty After Dark, Boomerang, and ultimately Def Comedy Jam, which would prove to be a huge launching pad for dozens of other comedians. It certainly did for Martin Lawrence; while still appearing on the show, Lawrence’s own series, Martin, aired on Fox TV in 1992. The show was an astonishing success, and the network used the show as the anchor for their Thursday night line-up. The show ran successfully until 1997, and made Martin Lawrence a household name.

Following the cancellation of Martin, Lawrence appeared in another streak of hit films, including: Nothing to Lose, Blue Streak, Big Momma’s house, Black Night, National Security, Wild Hogs, College Road Trip, Open Season, Death at a Funeral, and, most recently, Big Mommas: Like Father, Like Son.  Currently, Martin Lawrence is purportedly in negotiations for a comedy series alongside Kelsey Grammer, set to air in the coming year.

For more information on booking Martin Lawrence, please contact Booking Entertainment. One of our top booking agents will be happy to work on your behalf to get you the best possible price to book any big name entertainer for your upcoming public, private or corporate event worldwide.

Booking Entertainment works to get the best possible Martin Lawrence booking fee and Martin Lawrence price for our clients while also providing the celebrity or famous entertainer with the level of professionalism and industry norms that they expect from an event run by a professional booking agency and production management.

Booking Entertainment uses our agency / management relationships and over 25 years of production experience to help buyers of headline / top name entertainers and does not claim or represent itself as the exclusive Martin Lawrence agent, manager or management company for any of the artists on our site.

Booking Entertainment does not claim or represent itself as the exclusive booking agency, business manager, publicist, speakers bureau or management for Martin Lawrence or any artists or celebrities on this website.