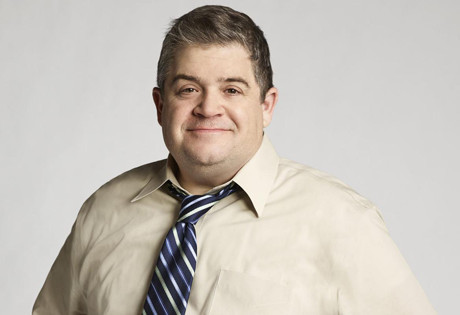 Start by filling out our no-obligation entertainment request form to check pricing and availability for Patton Oswalt or whoever else you may want.

Our Patton Oswalt agent will be happy to help you get Patton Oswalt's availability and booking fee, or the price and availability for any other A-List entertainer, band, comedian or celebrity you may want for your corporate event, private party, wedding, birthday party or public show.

Patton Oswalt was born in 1969 in Portsmouth, Virginia. After graduating from the College of William and Mary with a degree in English, Oswalt began performing stand-up around town in the early 1990’s. A gig writing for MADtv led to his own HBO comedy special, which led to a number of roles in film and television before landing the role with which he is most associated, as Spence Olchin on the King of Queens.

Oswalt’s first starring role was in a film in which he didn’t appear; he voice the lead character in the film Ratatouille (2007.) Since that time, he has also voiced characters for Madagascar: Escape 2 Africa, Tobey on the PBS series Kids Go!, Venture Bros., Robotomy, and the Grand Theft Auto video game series. Oswalt has also appeared in the film Big Fan and starred in the television series United States of Tara.  Patton can also be seen in the film Young Adult and in the comedy miniseries The Heart, She Holler on Cartoon Network.

Despite his active roles in film and television, Patton Oswalt performs stand-up regularly and has been active in assembling tours for himself and fellow comedians. His stand-up routine covers a number of topics that range from the mundane and frivolous to the more serious, such as religion and foreign policy. His comedy album, Feelin’ Kinda Patton (2004) was a huge success, and its follow-up, Werewolves and Lollipops (2007) has been equally successful. Patton Oswalt is credited with assembling the Comedians of Comedy in 2004, a tour that included such notables as Brian Posehn and Zach Galifianakis. A documentary film of the same name follows the comedians as they perform to sell-out crowds in small, intimate venues.

Recently, Patton Oswalt’s material has been featured on Shorties Watchin’ Shorties and his third and fourth comedy albums and corresponding DVDs (Patton Oswalt: My Weakness is Strong and Patton Oswalt: Finest Hour) were released. Both also aired on Comedy Central. In addition to his stand-up and film/television roles, Patton Oswalt has penned the comic book JLA: Welcome to the Working Week and also published Zombie Spaceship Wasteland, his first full-length book (2011.)

An animal lover, Oswalt recently joined forces with PETA in 2013 to speak out against the inhumane practice of chaining pet dogs.

For more information on booking Patton Oswalt, please contact Booking Entertainment. One of our top booking agents will be happy to work on your behalf to get you the best possible price to book any big name entertainer for your upcoming public, private or corporate event worldwide.

Booking Entertainment works to get the best possible Patton Oswalt booking fee and Patton Oswalt price for our clients while also providing the celebrity or famous entertainer with the level of professionalism and industry norms that they expect from an event run by a professional booking agency and production management.

Booking Entertainment uses our agency / management relationships and over 25 years of production experience to help buyers of headline / top name entertainers and does not claim or represent itself as the exclusive Patton Oswalt agent, manager or management company for any of the artists on our site.

Booking Entertainment does not claim or represent itself as the exclusive booking agency, business manager, publicist, speakers bureau or management for Patton Oswalt or any artists or celebrities on this website.