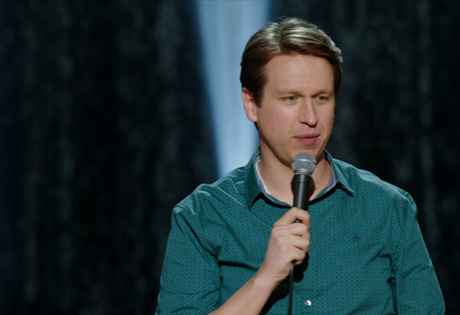 Start by filling out our no-obligation entertainment request form to check pricing and availability for Pete Holmes or whoever else you may want.

Our Pete Holmes agent will be happy to help you get Pete Holmes's availability and booking fee, or the price and availability for any other A-List entertainer, band, comedian or celebrity you may want for your corporate event, private party, wedding, birthday party or public show.

Pete Holmes is an American comedian and writer born in 1979. He was born and raised in Boston, Massachusetts, and began playing in a punk rock band while he was in college. Pete would soon become involved in improv comedy while he majored in English and Communications, and moved around before landing in Los Angeles.

Pete Holmes would begin appearing on Comedy Central’s Premium Blend and write cartoons for The New Yorker. He would begin performing his standup routine on late-night television programs. He would eventually land two starring roles in television programs with The Pete Holmes Show in 2013 and Crashing in 2015. Holmes also branched out into podcasting with You Made It Weird in 2011 and continues to put out new episodes.

Pete Holmes has had success on the Internet, with a series of skits on the College Humor YouTube channel generating tens of millions of views over the years for his portrayal of Badman, a bad Batman. Pete has put out four comedy albums, with his albums peaking at #7, #1, #6, and #8 respectively on the Billboard Comedy charts upon release.

Pete Holmes recently released a book entitled Comedy Sex Good in the summer of 2019 and starred in the feature film The Secret Life of Pets 2.

For more information on booking Pete Holmes, please contact Booking Entertainment. One of our top booking agents will be happy to work on your behalf to get you the best possible price to book any big name entertainer for your upcoming public, private or corporate event worldwide.

Booking Entertainment works to get the best possible Pete Holmes booking fee and Pete Holmes price for our clients while also providing the celebrity or famous entertainer with the level of professionalism and industry norms that they expect from an event run by a professional booking agency and production management.

Booking Entertainment uses our agency / management relationships and over 25 years of production experience to help buyers of headline / top name entertainers and does not claim or represent itself as the exclusive Pete Holmes agent, manager or management company for any of the artists on our site.

Booking Entertainment does not claim or represent itself as the exclusive booking agency, business manager, publicist, speakers bureau or management for Pete Holmes or any artists or celebrities on this website.