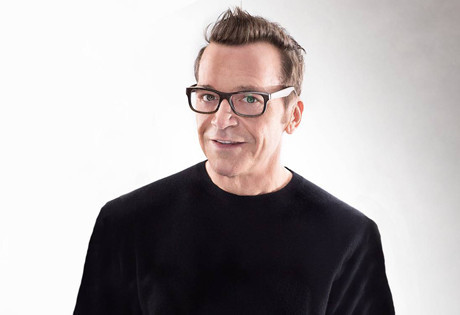 Start by filling out our no-obligation entertainment request form to check pricing and availability for Tom Arnold or whoever else you may want.

Our Tom Arnold agent will be happy to help you get Tom Arnold's availability and booking fee, or the price and availability for any other A-List entertainer, band, comedian or celebrity you may want for your corporate event, private party, wedding, birthday party or public show.

Tom Arnold was born in 1959 in Ottumwa, Iowa. He grew up in a working class family, and his mother left the family when Tom was very young; for most of his childhood, he was raised by his father. After graduating from the University of Iowa in 1983, Tom began experimenting with stand-up comedy and found that he had a knack for it.

Although Tom Arnold’s name became recognizable initially after marrying Roseanne Barr, he was actually hired to write for the show Roseanne in the early 1980’s. At the height of their relationship, Tom and Roseanne embarked on a number of business ventures together, including opening Roseanne and Tom’s Big Food Diner in Eldon, Iowa and appearing in a few films together, including The Woman Who Loved Elvis (1993.)

Tom Arnold has also hosted The Best Damn Sports Show Period on Fox Sports Net. Currently, he can be seen on My Big Redneck Wedding, airing on CMT since 2008.

For more information on booking Tom Arnold, please contact Booking Entertainment. One of our top booking agents will be happy to work on your behalf to get you the best possible price to book any big name entertainer for your upcoming public, private or corporate event worldwide.

Booking Entertainment works to get the best possible Tom Arnold booking fee and Tom Arnold price for our clients while also providing the celebrity or famous entertainer with the level of professionalism and industry norms that they expect from an event run by a professional booking agency and production management.

Booking Entertainment uses our agency / management relationships and over 25 years of production experience to help buyers of headline / top name entertainers and does not claim or represent itself as the exclusive Tom Arnold agent, manager or management company for any of the artists on our site.

Booking Entertainment does not claim or represent itself as the exclusive booking agency, business manager, publicist, speakers bureau or management for Tom Arnold or any artists or celebrities on this website.