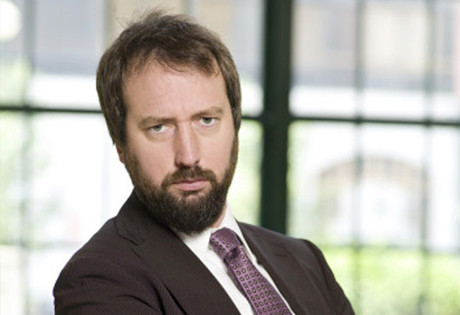 Start by filling out our no-obligation entertainment request form to check pricing and availability for Tom Green or whoever else you may want.

Our Tom Green agent will be happy to help you get Tom Green's availability and booking fee, or the price and availability for any other A-List entertainer, band, comedian or celebrity you may want for your corporate event, private party, wedding, birthday party or public show.

Tom Green was born in 1971 in Ontario, Canada. Even long before graduating with a degree in broadcasting from Algonquin College, Green had begun performing stand-up at local clubs while still a teenager. But while in college, Tom hosted a successful campus radio show which led to his friendship with Glenn Humplik. Their Midnight Caller Show ran successfully for three years and helped to make the duo and the show a local hit.

By the mid 1990’s, the earliest version of The Tom Green Show had aired on public access television in Canada and shown itself to be a success. By 1997, it was airing on The Comedy Network in Canada, before it caught the eye of MTV executives and was added to the lineup for the 1999 season. The show included Green’s friend Humplik and also Phil Giroux, better known as “the guy in the window.” The show became known for its sketches filled with shock humor and it was enormously successful, putting Tom Green on the map for mainstream entertainment. Green even appeared on the cover of Rolling Stone in 2000.

After being diagnosed with and treated for testicular cancer, Green aired the Tom Green Cancer Special in 2000, and the special was met with critical acclaim for its humorous yet honest and personal revelation of Green’s struggle with the disease. The Tom Green Show ended its run, but Tom moved on to appear in a number of films shortly thereafter, shifting his career to the big screen. He appeared in Road Trip (2000), Charlie’s Angels (2000), Freddy Got Fingered (2001), Clone High (2001), Stealing Harvard (2002), Grind (2003), and Bob the Butler (2005.) At the same time, Tom was involved in a number of other projects, including The Tom Green Subway Monkey Hour (2002) and the launch of Bob Green Films, his own production company. He hosted his own talk show on MTV, The New Tom Green Show, beginning in 2003, and in 2004 he published his autobiography, Hollywood Causes Cancer: The Tom Green Story. In 2005 he returned to his first love, rap music, with the rap group The Keepin’ it Real Crew, and performed with a number of notable rap stars, including Flava Flav and Mickey Avalon.

In recent years, Tom Green has embarked on a number of different comedy projects. He has made appearances as a contestant on the television shows Wanna Bet? and The Celebrity Apprentice, and in 2006 he joined forces with ManiaTV.com to create the internet channel Tomgreen.com, through which Green hosts his own talk show from his home. The show ran for three years, earning Green an Online Video Award and a Webby Award for Best Web Talk Show and Best Variety Show in 2007.

Tom Green also continues to perform live stand-up regularly, most recently embarking on an international tour in 2010 and performing on The Tonight Show with Jay Leno in 2012. Most recently, Green launched Tom Green Radio in 2013. The audio podcast is downloadable on his web page (tomgreen.com) and also via iTunes.

For more information on booking Tom Green, please contact Booking Entertainment. One of our top booking agents will be happy to work on your behalf to get you the best possible price to book any big name entertainer for your upcoming public, private or corporate event worldwide.

Booking Entertainment works to get the best possible Tom Green booking fee and Tom Green price for our clients while also providing the celebrity or famous entertainer with the level of professionalism and industry norms that they expect from an event run by a professional booking agency and production management.

Booking Entertainment uses our agency / management relationships and over 25 years of production experience to help buyers of headline / top name entertainers and does not claim or represent itself as the exclusive Tom Green agent, manager or management company for any of the artists on our site.

Booking Entertainment does not claim or represent itself as the exclusive booking agency, business manager, publicist, speakers bureau or management for Tom Green or any artists or celebrities on this website.