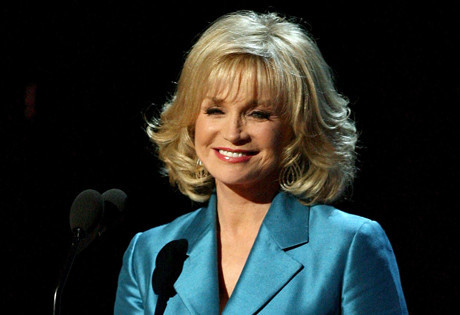 Start by filling out our no-obligation entertainment request form to check pricing and availability for Barbara Mandrell or whoever else you may want.

Our Barbara Mandrell agent will be happy to help you get Barbara Mandrell's availability and booking fee, or the price and availability for any other A-List entertainer, band, comedian or celebrity you may want for your corporate event, private party, wedding, birthday party or public show.

Barbara Mandrell was born in 1948 in Houston, Texas. Long before she became famous as a country music sweetheart, young Barbara grew up in a family strongly influenced by music. Her parents encouraged her to sing and study instruments from a young age, and so even before she entered school, Barbara was playing the accordion. Guitar came next, and within just a few years she had nearly perfected playing the steel guitar.

Barbara’s talents caught the eye of producers Joe Maphis and Chet Atkins when she was barely a teenager, and they quickly put her on stage as part of their Vegas show. Throughout her young years, Barbara performed alongside some of country music’s biggest legends, including Johnny Cash and Patsy Cline, although it wasn’t long before Barbara decided to form her own band alongside her siblings. The Mandrell Family Band lasted until the late 1960’s, at which time Barbara signed to Columbia Records as a solo artist.

Barbara’s debut single, “I’ve Been Loving You Too Long,” was a smash hit upon its release in that year, and it launched a career for Mandrell that would last well into the new millennium. For the next three decades, Barbara Mandrell would release a series of hit albums and country classics, such as: “The Midnight Oil,” “This Time I Almost Made It,” “Standing Room Only,” “Married, But Not to Each Other,” “Woman to Woman,” “Sleeping Single in a Double Bed,” “(If Loving You is Wrong) I Don’t Want to be Right,” “Fooled by a Feeling,” “Years,” “The Best of Strangers,” “I Was Country When Country Wasn’t Cool,” “Till You’re Gone,” “One of a Kind Pair of Fools,” “Only a Lonely Heart Knows,” “Fast Lanes and Countr Roads,” “No One Mends a Broken Heart Like You,” and “I Wish That I Could Fall in Love Today.”

In the 1980’s, Barbara Mandrell also had her own television show, Barbara Mandrell and the Mandrell Sisters, which ran for a number of years, earning Barbara two Golden Globe nominations. She also starred in the film Burning Rage in 1984, and appeared on a number of television shows, including: Dr. Quinn, Medicine Woman; Baywatch; Rockford Files; Empty Nest; and Walker, Texas Ranger. She was also the first woman to win the “Entertainer of the Year” from the Country Music Association twice, and aside from Taylor Swift, she’s been the only female performer to do so. Mandrell has also been recognized with multiple awards and nominations from a variety of industry academies, including the Academy of Country Music, Country Music Association Awards, the American Music Awards, and the Grammy Awards.

Barbara Mandrell continues to perform on occasion. She was most recently inducted into the Country  Music Hall of Fame in 2009.

For more information on booking Barbara Mandrell, please contact Booking Entertainment. One of our top booking agents will be happy to work on your behalf to get you the best possible price to book any big name entertainer for your upcoming public, private or corporate event worldwide.

Booking Entertainment works to get the best possible Barbara Mandrell booking fee and Barbara Mandrell price for our clients while also providing the celebrity or famous entertainer with the level of professionalism and industry norms that they expect from an event run by a professional booking agency and production management.

Booking Entertainment uses our agency / management relationships and over 25 years of production experience to help buyers of headline / top name entertainers and does not claim or represent itself as the exclusive Barbara Mandrell agent, manager or management company for any of the artists on our site.

Booking Entertainment does not claim or represent itself as the exclusive booking agency, business manager, publicist, speakers bureau or management for Barbara Mandrell or any artists or celebrities on this website.