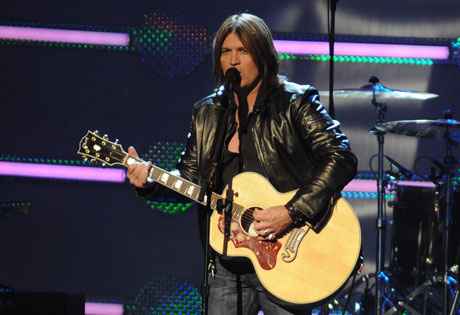 Start by filling out our no-obligation entertainment request form to check pricing and availability for Billy Ray Cyrus or whoever else you may want.

Our Billy Ray Cyrus agent will be happy to help you get Billy Ray Cyrus's availability and booking fee, or the price and availability for any other A-List entertainer, band, comedian or celebrity you may want for your corporate event, private party, wedding, birthday party or public show.

Billy Ray Cyrus was born in 1961 in Flatwoods, Kentucky. Young Billy Ray began singing while still in pre-school, and with the influence of the gospel and bluegrass in his community, he developed a strong appreciation for country music while still in elementary school. Although he attended Georgetown College initially on an athletic scholarship, he left before graduating and began performing in local bars and clubs before moving to Los Angeles. Eventually, after struggling for a number of years there as well, he caught the attention of Mercury Records and signed with them in the early 1990’s.

Although Billy Ray Cyrus experienced some ups and downs in his popularity, by the mid 2000’s he was collaborating often with his daughter, Miley Cyrus. Through this partnership his career experienced resurgence; In addition to providing the songs “Back to Tennessee” and “Butterfly Fly Away,” a duet with his daughter and both of which appear on the Hannah Montana: The Movie soundtrack, Cyrus also developed the supergroup Brother Clyde alongside musicians Jamie Miller, Samantha Maloney, Dan Knight, and Dave Henning.

For more information on booking Billy Ray Cyrus, please contact Booking Entertainment. One of our top booking agents will be happy to work on your behalf to get you the best possible price to book any big name entertainer for your upcoming public, private or corporate event worldwide.

Booking Entertainment works to get the best possible Billy Ray Cyrus booking fee and Billy Ray Cyrus price for our clients while also providing the celebrity or famous entertainer with the level of professionalism and industry norms that they expect from an event run by a professional booking agency and production management.

Booking Entertainment uses our agency / management relationships and over 25 years of production experience to help buyers of headline / top name entertainers and does not claim or represent itself as the exclusive Billy Ray Cyrus agent, manager or management company for any of the artists on our site.

Booking Entertainment does not claim or represent itself as the exclusive booking agency, business manager, publicist, speakers bureau or management for Billy Ray Cyrus or any artists or celebrities on this website.