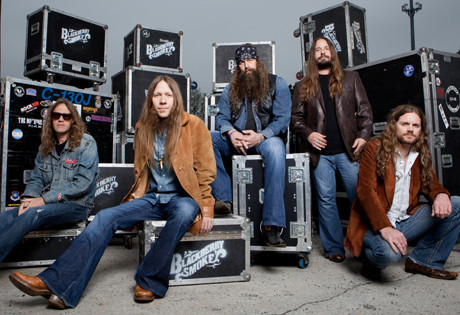 Start by filling out our no-obligation entertainment request form to check pricing and availability for Blackberry Smoke or whoever else you may want.

Our Blackberry Smoke agent will be happy to help you get Blackberry Smoke's availability and booking fee, or the price and availability for any other A-List entertainer, band, comedian or celebrity you may want for your corporate event, private party, wedding, birthday party or public show.

The American southern rock band Blackberry Smoke came together shortly after the turn of the millennium and immediately took the country rock and jam band scene by storm. Members Brandon Still, Paul Jackson, Brit and Richard Turn, and Charlie Starr together formed the group and signed their first recording deal with Southern Ground, Zac Brown Band’s record label, in 2003.

Blackberry Smoke released their debut album, Bad Luck Ain’t No Crime, in 2004. Although the album was slow to rise on the charts, a rigorous touring schedule helped to create a rise in Blackberry Smoke’s popularity, and pave the way for additional albums and eventually a few charting country singles. Little Piece of Dixie arrived in 2009, and then Blackberry Smoke experienced its greatest success with the release of The Whippoorwill in 2012, which rose into the top ten on the country charts and reached into the top forty on the mainstream charts. The album spawned the country hit “Pretty Little Lie,” and also the additional single “Ain’t Much of Me.”

Blackberry Smoke has been enjoying an extensive touring schedule, often alongside such notable performers as Lynard Skynyrd, ZZ Top, and Zac Brown Band. They also recently participated in the Boot Ride, alongside the cast of the hit television series Sons of Anarchy, to raise money for charitable causes. Blackberry Smoke continues to perform and record, and is currently planning a return to the studio for another album release coming soon.

For more information on booking Blackberry Smoke, please contact Booking Entertainment. One of our top booking agents will be happy to work on your behalf to get you the best possible price to book any big name entertainer for your upcoming public, private or corporate event worldwide.

Booking Entertainment works to get the best possible Blackberry Smoke booking fee and Blackberry Smoke price for our clients while also providing the celebrity or famous entertainer with the level of professionalism and industry norms that they expect from an event run by a professional booking agency and production management.

Booking Entertainment uses our agency / management relationships and over 25 years of production experience to help buyers of headline / top name entertainers and does not claim or represent itself as the exclusive Blackberry Smoke agent, manager or management company for any of the artists on our site.

Booking Entertainment does not claim or represent itself as the exclusive booking agency, business manager, publicist, speakers bureau or management for Blackberry Smoke or any artists or celebrities on this website.