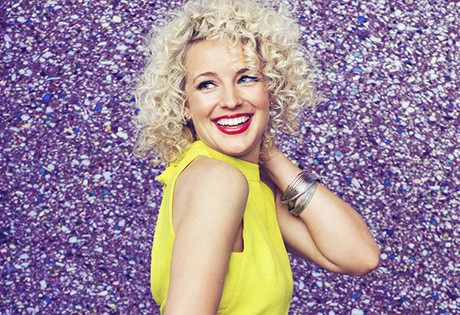 Start by filling out our no-obligation entertainment request form to check pricing and availability for Cam or whoever else you may want.

Wondering how to book Cam for your event? Let Booking Entertainment be Your entertainment booking agency for booking Cam for events worldwide.

Our Cam agent will be happy to help you get Cam's availability and booking fee, or the price and availability for any other A-List entertainer, band, comedian or celebrity you may want for your corporate event, private party, wedding, birthday party or public show.

The American country music performer known as Cam was born Camaron Marvel Ochs in 1984. Cam grew up in the suburbs of San Francisco, and also spent a good part of her childhood on her grandparents’ ranch, where she developed her love for country music. Throughout Cam’s high school years, she studied music and performed regularly, often with her school’s choir.

While attending the University of California at Davis, Cam participated in an a capella group with the school, and further honed her guitar interests. Although she planned on pursuing a degree in psychology, personal reflection convinced Cam that she might regret not pursuing a career as a musician if she didn’t at least try. So she signed with an independent label and released her debut album, Heartforward, in 2010.

The album was moderately successful, but wasn’t quite Cam’s big breakthrough. So she moved to Los Angeles to begin working on more demos, and some of her early writings made their way to such notable performers as Maggie Rose and Miley Cyrus. After spending a year in Los Angeles, Cam moved to Nashville and continued to write, while also launching a Kickstarter campaign to fund her next studio album.

Cam’s big breakthrough came with her single, “Burning House,” which arrived in 2015. The song rose to the top five on the country charts and made Cam one of the year’s best-selling singles, bringing the young rising artist a Grammy Award nomination in 2016. Cam’s debut album, Untamed, arrived in late 2015 and debuted at number two on the country charts, becoming one of the best selling country debuts of the year.

Since that time, Cam’s career has been on the rise, with no sign of slowing down. Her most recent single is “Mayday,” released in early 2016.

For more information on booking Cam, please contact Booking Entertainment. One of our top booking agents will be happy to work on your behalf to get you the best possible price to book any big name entertainer for your upcoming public, private or corporate event worldwide.

Booking Entertainment works to get the best possible Cam booking fee and Cam price for our clients while also providing the celebrity or famous entertainer with the level of professionalism and industry norms that they expect from an event run by a professional booking agency and production management.

Booking Entertainment uses our agency / management relationships and over 25 years of production experience to help buyers of headline / top name entertainers and does not claim or represent itself as the exclusive Cam agent, manager or management company for any of the artists on our site.

Booking Entertainment does not claim or represent itself as the exclusive booking agency, business manager, publicist, speakers bureau or management for Cam or any artists or celebrities on this website.