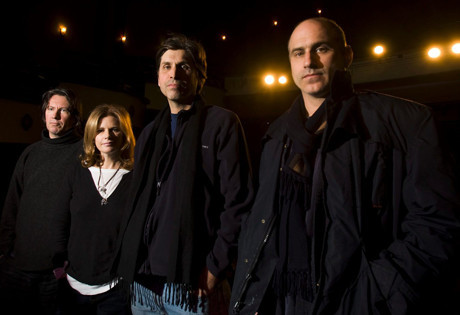 Start by filling out our no-obligation entertainment request form to check pricing and availability for Cowboy Junkies or whoever else you may want.

Our Cowboy Junkies agent will be happy to help you get Cowboy Junkies's availability and booking fee, or the price and availability for any other A-List entertainer, band, comedian or celebrity you may want for your corporate event, private party, wedding, birthday party or public show.

The Canadian alternative band Cowboy Junkies was established in the mid 1980’s by founding members Alan Anton, Peter Timmins, Michael Timmins, and Margo Timmins. The Timmins siblings had been performing in other projects separately prior to the formation of the group, but in 1985 after Anton and Michael Timmins’s current group disbanded, the Cowboy Junkies were formed and began performing around the Toronto area.

White’s Off Earth Now!!, the group’s debut album, was released in 1986 to positive reviews, but it was the Cowboy Junkies’ sophomore effort, The Trinity Session, that brought the group international acclaim and commercial success. On the strength of the songs “Sweet Jane,” “Misguided Angel,” and “Blue moon Revisited,” the album rose into the top forty on the charts in both Canada and the United States, setting the stage for a career which has lasted now well into the new millennium.

Cowboy Junkies have been nominated multiple times for Group of the Year awards at the Juno Awards, and upon the release of The Trinity Sessions, they were credited with one of the “ten best albums” of 1988 by the Los Angeles Times. In addition to their studio albums, Cowboy Junkies have released a number of live and compilation albums, including: 200 More Miles: Live Performances 1985-, The Radio One Sessions (2002), In the Time Before Llamas (2003), and Acoustic Junk (2009.) The group continues to perform and record, with appearances and projects scheduled for the next coming years.

For more information on booking Cowboy Junkies, please contact Booking Entertainment. One of our top booking agents will be happy to work on your behalf to get you the best possible price to book any big name entertainer for your upcoming public, private or corporate event worldwide.

Booking Entertainment works to get the best possible Cowboy Junkies booking fee and Cowboy Junkies price for our clients while also providing the celebrity or famous entertainer with the level of professionalism and industry norms that they expect from an event run by a professional booking agency and production management.

Booking Entertainment uses our agency / management relationships and over 25 years of production experience to help buyers of headline / top name entertainers and does not claim or represent itself as the exclusive Cowboy Junkies agent, manager or management company for any of the artists on our site.

Booking Entertainment does not claim or represent itself as the exclusive booking agency, business manager, publicist, speakers bureau or management for Cowboy Junkies or any artists or celebrities on this website.