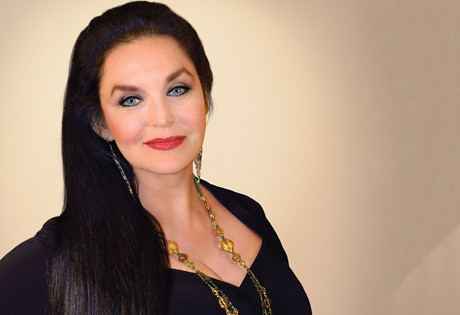 Start by filling out our no-obligation entertainment request form to check pricing and availability for Crystal Gayle or whoever else you may want.

Our Crystal Gayle agent will be happy to help you get Crystal Gayle's availability and booking fee, or the price and availability for any other A-List entertainer, band, comedian or celebrity you may want for your corporate event, private party, wedding, birthday party or public show.

Crystal Gayle was born Brenda Gail Webb in 1951 in Paintsville, Kentucky. She grew up in Indiana, and developed a love of music early on in her life, thanks to her older sister, Loretta Lynn, and her successful music career. As a teenager, she toured with her sister and learned to sing and play the guitar. Shortly after graduating high school, Crystal signed her first record deal, and her debut single, “I’ve Cried (The Blue Right Out of My Eyes)” became her first charting hit.

Crystal Gayle, her debut album, was released in 1974 and spawned the hits “Wrong Road Again” and “I’ll Get Over You,” the latter of which reached into the mainstream chart in addition to the country charts. The hits “You’ll Never Miss A Real Good Thing (Till He Says Goodbye)” and “I’ll Do It All Over Again” followed, but her biggest hit was just around the corner. Upon its release, “Don’t It Make My Brown Eyes Blue” became Gayle’s iconic career-making achievement, landing on both the country and mainstream charts and giving Crystal her first Grammy Award, for Best Female Country Vocal Performance. The single’s corresponding album, We Must Believe in Magic, eventually went platinum, an unusual achievement for a female country artist, and Crystal Gayle rocketed to superstar status.

Crystal Gayle continues to perform and record, and still ranks on the CMT list of 40 Greatest Women of Country Music. For her achievements, she has been recognized with awards for: Top Female Vocalist (Academy of Country Music Awards); Favorite Female Country Artist (American Music Awards); Female Vocalist of the Year (Country Music Association Awards); and of course a Grammy for Best Female Country Vocal Performance (for “Don’t It Make My Brown Eyes Blue.") Most recently, Crystal Gale became a member of the Grand Ole Opry in 2017. She is currently working on another studio album, which would be her first in thirteen years. The album, with a tentative title of Am I That Easy to Forget, does not yet have a release date.

For more information on booking Crystal Gayle, please contact Booking Entertainment. One of our top booking agents will be happy to work on your behalf to get you the best possible price to book any big name entertainer for your upcoming public, private or corporate event worldwide.

Booking Entertainment works to get the best possible Crystal Gayle booking fee and Crystal Gayle price for our clients while also providing the celebrity or famous entertainer with the level of professionalism and industry norms that they expect from an event run by a professional booking agency and production management.

Booking Entertainment uses our agency / management relationships and over 25 years of production experience to help buyers of headline / top name entertainers and does not claim or represent itself as the exclusive Crystal Gayle agent, manager or management company for any of the artists on our site.

Booking Entertainment does not claim or represent itself as the exclusive booking agency, business manager, publicist, speakers bureau or management for Crystal Gayle or any artists or celebrities on this website.