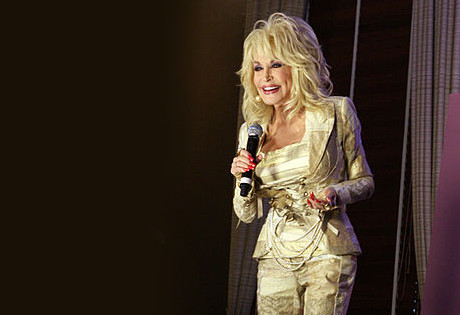 Start by filling out our no-obligation entertainment request form to check pricing and availability for Dolly Parton or whoever else you may want.

Our Dolly Parton agent will be happy to help you get Dolly Parton's availability and booking fee, or the price and availability for any other A-List entertainer, band, comedian or celebrity you may want for your corporate event, private party, wedding, birthday party or public show.

Dolly Parton was born in 1946 in Tennessee, and her foray into the music world began when she was still just a little girl, singing for local television and radio. By the time she was a teenager, she’d begun recording and even performed at the Grand Ole Opry. Shortly after graduating high school, she moved to Nashville and began pursuit of a full-time career as a singer.

At first, Parton’s opportunities were in the role of songwriter, and she wrote a number of chart-topping hits for other performers in the mid 1960’s, establishing her talents as one of country music’s most talented writers. In 1965, she signed with her first record label and released her first country music single, “Dumb Blonde,” followed by “Something Fishy.” A debut album, Hello, I’m Dolly, came shortly thereafter, and Dolly Parton’s career began its steady and consistent rise. Since that time, Parton has given country music some of its most memorable chart-topping hits of the 1970’s and 1980’s, including: “Jolene,” “I Will Always Love You,” “Love is Like a Butterfly,” “The Bargain Store,” “The Seeker,” “It’s All Wrong, But It’s All Right,” “Heartbreaker,” “You’re the Only One,” “But You Know I Love You,” “Tennessee Homesick Blues,” “Think About Love,” and “Yellow Roses,” many of which Parton herself wrote. She has also given audiences the crossover hits, “Here You Come Again,” “9 to 5,” “and “Islands in the Stream,” her duet with Kenny Rogers.

Dolly Parton’s career in film has been just as successful as her career in music. Her roles in such films as 9 to 5 (1980), The Best Little Whorehouse in Texas (1982), Rhinestone (1984), and Steel Magnolias (1989) solidified her talents as an actress. In addition to acting, Parton has contributed to the film industry in the role of songwriter, earning Academy Award nominations for her compositions, including Best Original Song (for “9 to 5” and “Travelin’ Thru.”) She also penned the score for the musical adaptation of the film 9 to 5, which opened in 2009.

Beyond her achievements in music and film, Dolly Parton’s Dollywood Company has given the talented artist an outlet for other business ventures as well. Her theme park, Dollywood, is among the most popular in America, and her company also oversees Dolly Parton’s Dixie Stampede and Dollywood’s Splash Country. Parton is also a co-owner of her own production company, Sandollar Productions, which has produced a number of successful films, including the critically acclaimed and Academy Award winning documentary film, Common Threads: Stories from the Quilt (1989.) Dolly Parton also oversees an upscale restaurant in Hawaii, the Dockside Plantation, located in Honolulu. As one of the most successful female country artists of all time, Parton has also spent a lifetime giving back to communities through her Dollywood Foundation, which seeks to advance efforts in a variety of different areas, including education; HIV/AIDS research and support; eliminating poverty; and humane treatment for animals.

Dolly Parton’s four-decade long career has brought her to a well-deserved level of American icon status, with nearly thirty number one country songs and sales exceeding one hundred million records worldwide. Parton has earned forty-five Grammy nominations and eight awards, the National Medal of the Arts, a Kennedy Center Honors, a star on the Hollywood Walk of Fame, and entry into dozens of halls of fame, including the Songwriters Hall of Fame, Country Music Hall of Fame, and Grammy Hall of Fame. Parton continues to record, tour, and perform, and most recently released her latest studio album, Better Day, in 2011.

For more information on booking Dolly Parton, please contact Booking Entertainment. One of our top booking agents will be happy to work on your behalf to get you the best possible price to book any big name entertainer for your upcoming public, private or corporate event worldwide.

Booking Entertainment works to get the best possible Dolly Parton booking fee and Dolly Parton price for our clients while also providing the celebrity or famous entertainer with the level of professionalism and industry norms that they expect from an event run by a professional booking agency and production management.

Booking Entertainment uses our agency / management relationships and over 25 years of production experience to help buyers of headline / top name entertainers and does not claim or represent itself as the exclusive Dolly Parton agent, manager or management company for any of the artists on our site.

Booking Entertainment does not claim or represent itself as the exclusive booking agency, business manager, publicist, speakers bureau or management for Dolly Parton or any artists or celebrities on this website.