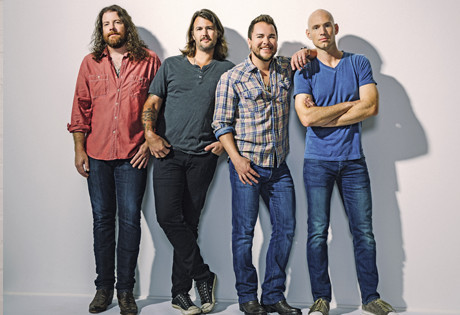 Start by filling out our no-obligation entertainment request form to check pricing and availability for Eli Young Band or whoever else you may want.

Our Eli Young Band agent will be happy to help you get Eli Young Band's availability and booking fee, or the price and availability for any other A-List entertainer, band, comedian or celebrity you may want for your corporate event, private party, wedding, birthday party or public show.

Eli Young Band came together when James Young and Mike Eli met while roommates in college. Initially established as an acoustic duo, after meeting up with Jon Jones and Chris Thompson, they established the band as it exists today with the line up of four. The band’s self-title album, Eli Young Band, was released in 2002 and began to built a solid fan base, largely in part to opening for such big name country acts as Miranda Lambert.

Since their debut, the Eli Young Band has released Level (2005), Jet Black & Jealous (2008), and Life at Best (2011.) The three albums have spawned a number of chart-topping singles, including: “When it Rains,” “Always the Love Songs,” “Radio Waves,” “Guinevere,” “Say Goodnight,” and the number one hits “Crazy Girl” and “Even if It Breaks Your Heart.” The latter earned the Eli Young Band Grammy nominations for Best Duo/Group Performance and Best Country Song, and Academy of Country Music nominations for Single Record and Song of the Year.  The Eli Young Band has also been recognized with award nominations for: Top New Vocal Duo or Group and Top Vocal Group (Academy of Country Music); Artist of the Year: Breakthrough Artist and Song of the Year (American Country Awards); Choice Country Song and Choice Country Group (Teen Choice Awards); and Vocal Group of the Year and Song of the Year (Country Music Association.)

The Eli Young Band is just getting started, and has plans for additional album releases and tours. Most recently, in early 2013, the band performed on “The Bachelor” and the Tonight Show with Jay Leno.

For more information on booking Eli Young Band, please contact Booking Entertainment. One of our top booking agents will be happy to work on your behalf to get you the best possible price to book any big name entertainer for your upcoming public, private or corporate event worldwide.

Booking Entertainment works to get the best possible Eli Young Band booking fee and Eli Young Band price for our clients while also providing the celebrity or famous entertainer with the level of professionalism and industry norms that they expect from an event run by a professional booking agency and production management.

Booking Entertainment uses our agency / management relationships and over 25 years of production experience to help buyers of headline / top name entertainers and does not claim or represent itself as the exclusive Eli Young Band agent, manager or management company for any of the artists on our site.

Booking Entertainment does not claim or represent itself as the exclusive booking agency, business manager, publicist, speakers bureau or management for Eli Young Band or any artists or celebrities on this website.