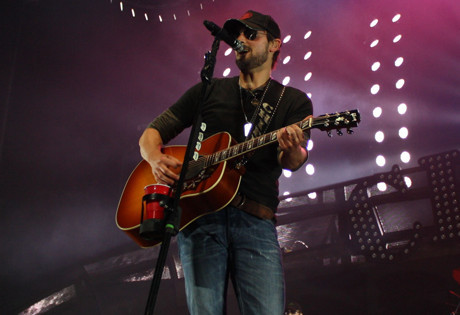 Start by filling out our no-obligation entertainment request form to check pricing and availability for Eric Church or whoever else you may want.

Our Eric Church agent will be happy to help you get Eric Church's availability and booking fee, or the price and availability for any other A-List entertainer, band, comedian or celebrity you may want for your corporate event, private party, wedding, birthday party or public show.

Eric Church was born Kenneth Eric Church in 1977 in Granite Falls, North Carolina. By the time he entered his teens, the young Church had purchased his own guitar and started to master the instrument; within a few years, he was playing local gigs around town and after graduating from high school, Eric moved to Nashville to pursue a career as a performer. Eric Church showed tremendous talent as a songwriter, and so his first jobs in Nashville were in that role, writing songs for such notable artists as Dean Miller and Terri Clark.

It didn’t take long before Eric Church began to write his own material, and record his own demos. Church’s blend of southern rock and country eventually caught the interest of Capitol Nashville, and with them he released his debut album, Sinners Like Me, in 2006. On the strength of the singles “How ‘Bout You,” “Two Pink Lines,” and “Guys Like Me,” the album rose to the top of the charts and launched Eric’s career. Since then, Eric Church has released Carolina (2009) and Chief (2011), the latter of which earned him the Country Music Association Award for Album of the Year, and which spawned the number on country singles “Drink in My Hand” and “Springsteen.” Other awards and nominations for Eric, even this early in his career, include: Top New Solo Vocalist, Top New Artist, Male Vocalist of the Year, Album of the Year, and Single and Song of the Year (Academy of Country Music); Best Country Album, Best Country Solo Performance, and Best Country Song (Grammies); Favorite Male Country Artist (American Music Awards); Male Vocalist of the Year, Single/Song of the Year, and Album of the Year (Country Music Association Awards and American Country Awards.)

With plans for a live album and an extensive tour just around the corner  (alongside Eli Young Band, Zac Brown Band, and Kenny Chesney), Eric Church promises to be among country music’s most promising newcomers.

For more information on booking Eric Church, please contact Booking Entertainment. One of our top booking agents will be happy to work on your behalf to get you the best possible price to book any big name entertainer for your upcoming public, private or corporate event worldwide.

Booking Entertainment works to get the best possible Eric Church booking fee and Eric Church price for our clients while also providing the celebrity or famous entertainer with the level of professionalism and industry norms that they expect from an event run by a professional booking agency and production management.

Booking Entertainment uses our agency / management relationships and over 25 years of production experience to help buyers of headline / top name entertainers and does not claim or represent itself as the exclusive Eric Church agent, manager or management company for any of the artists on our site.

Booking Entertainment does not claim or represent itself as the exclusive booking agency, business manager, publicist, speakers bureau or management for Eric Church or any artists or celebrities on this website.