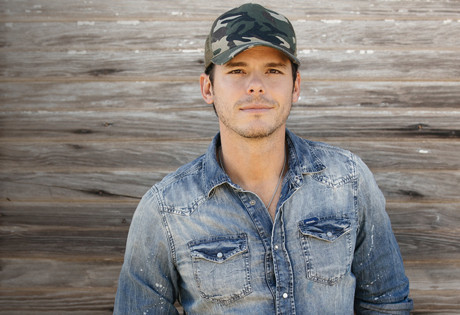 Start by filling out our no-obligation entertainment request form to check pricing and availability for Granger Smith or whoever else you may want.

Our Granger Smith agent will be happy to help you get Granger Smith's availability and booking fee, or the price and availability for any other A-List entertainer, band, comedian or celebrity you may want for your corporate event, private party, wedding, birthday party or public show.

The country music artist Granger Smith was born in 1979 in Dallas, Texas. Known by both his birth name and also Earl Dibbles Jr., Smith began playing guitar as a teenager with little intention of pursuing a career as a musician; self-taught, he’d planned to learn to play for fun. Very quickly, his talent for music became evident, and after graduating from high school, Granger moved to Nashville to pursue a career as a songwriter.

Smith began writing and recording his own music, and between 1998 and 2013 he recorded six self-released albums: Waiting on Forever (1998), Memory Rd. (2004), Pockets of Pesos (2005), Livin’ Like a Lonestar (2006), Don’t Listen to the Radio (2009), Poets & Prisoners (2011), and Dirt Road Driveway (2013.) It was the album Dirt Road Driveway that garnered Smith significant attention from record labels, when the album rose into the top twenty on the country charts and into the top forty on the mainstream charts. The single “Backroad Song” became Granger’s breakthrough, rising into the top ten on multiple charts and earning Smith a record deal with Wheelhouse Records.

Since signing with Wheelhouse, Granger Smith has released his major-label debut, Remington. The album rose into the top five on the country music charts upon its release in March of 2016, and into the top twenty on the mainstream charts in the United States. Remington features the song “If the Boot Fits,” which is currently climbing up the charts.

For more information on booking Granger Smith, please contact Booking Entertainment. One of our top booking agents will be happy to work on your behalf to get you the best possible price to book any big name entertainer for your upcoming public, private or corporate event worldwide.

Booking Entertainment works to get the best possible Granger Smith booking fee and Granger Smith price for our clients while also providing the celebrity or famous entertainer with the level of professionalism and industry norms that they expect from an event run by a professional booking agency and production management.

Booking Entertainment uses our agency / management relationships and over 25 years of production experience to help buyers of headline / top name entertainers and does not claim or represent itself as the exclusive Granger Smith agent, manager or management company for any of the artists on our site.

Booking Entertainment does not claim or represent itself as the exclusive booking agency, business manager, publicist, speakers bureau or management for Granger Smith or any artists or celebrities on this website.