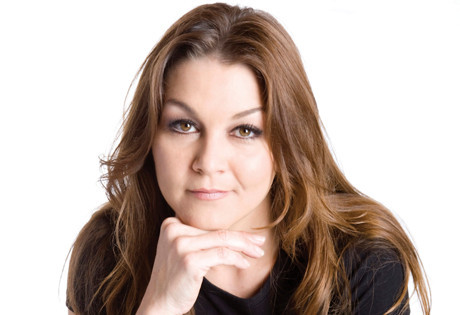 Start by filling out our no-obligation entertainment request form to check pricing and availability for Gretchen Wilson or whoever else you may want.

Our Gretchen Wilson agent will be happy to help you get Gretchen Wilson's availability and booking fee, or the price and availability for any other A-List entertainer, band, comedian or celebrity you may want for your corporate event, private party, wedding, birthday party or public show.

Gretchen Wilson was born in 1973 in Pocahontas, Illinois, to a single mother who struggled financially to support young Gretchen during her formative years. Gretchen made the sacrifice to quit school when she was only fifteen to help support the family, but at the same time she began singing in local bars and clubs in the St. Louis, Missouri, area. Her talents, which harkened back to a young Patsy Cline, led her to the attention of a bar manager who hired Wilson to play at her bar for a two-year period.

Nearly every night of the week, Gretchen sang at the Townhouse in Springfield, Missouri, and after her two-year period expired, she moved to Nashville where she signed with Epic Records. Her debut album, Here for the Party, was released in 2003 and its first single, “Redneck Woman,” immediately rose to the top of the charts, both country and pop.  Since that time, Wilson has released the albums: All Jacked Up (2005), One of the Boys (2007), and I Got Your Country Right Here (2010), spawning the hits: “Here for the Party,” “When I Think About Cheatin’,” “Homewrecker,” “All Jacked Up,” “California Girls,” “One of the Boys,” and “Work Hard, Play Harder.”  Her music has so far earned Gretchen Wilson two Country Music Association Awards (for Female Vocalist of the Year in 2005 and the Horizon Award in 2004), two Academy of Country Music Awards (for Top Female Vocalist and Top New Artist, both in 2004), and a Grammy for Best Female Country Vocal Performance in 2004.

In addition to her commitment to music, Gretchen Wilson is an active supporter of a number of charities, including those targeting adult education and the fight against childhood obesity. Some of her benefit performances have raised millions for organizations such as the Make-A-Wish Foundation, and the unique circumstances of her upbringing have led her to speak publicly about the need for government to more fully support adult education endeavors.

Gretchen Wilson has so far brought thirteen singles to the top of the Billboard charts. Her debut album has reached the five million mark in sales, and so far in total she’s sold eight million records. Her latest album, Right on Time, was released in 2013, and she continues to perform, record, and tour.

For more information on booking Gretchen Wilson, please contact Booking Entertainment. One of our top booking agents will be happy to work on your behalf to get you the best possible price to book any big name entertainer for your upcoming public, private or corporate event worldwide.

Booking Entertainment works to get the best possible Gretchen Wilson booking fee and Gretchen Wilson price for our clients while also providing the celebrity or famous entertainer with the level of professionalism and industry norms that they expect from an event run by a professional booking agency and production management.

Booking Entertainment uses our agency / management relationships and over 25 years of production experience to help buyers of headline / top name entertainers and does not claim or represent itself as the exclusive Gretchen Wilson agent, manager or management company for any of the artists on our site.

Booking Entertainment does not claim or represent itself as the exclusive booking agency, business manager, publicist, speakers bureau or management for Gretchen Wilson or any artists or celebrities on this website.