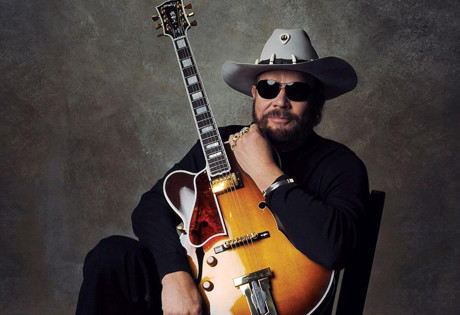 Start by filling out our no-obligation entertainment request form to check pricing and availability for Hank Williams Jr or whoever else you may want.

Our Hank Williams Jr agent will be happy to help you get Hank Williams Jr's availability and booking fee, or the price and availability for any other A-List entertainer, band, comedian or celebrity you may want for your corporate event, private party, wedding, birthday party or public show.

Hank Williams Jr. was born Randall Hank Williams in 1949 in Shreveport, Louisiana, to his famous father, Hank Williams, and Audrey Williams. After his father passed away, when Hank Jr. was only four, family friends and musicians served as a strong influence for Hank growing up. He spent his childhood surrounded by the likes of Jerry Lee Lewis, Johnny Cash, and Fats Domino, and so it’s not surprising that by the early 1960’s, when he was still a youth, he was performing covers of his father’s classics and imitating his style to near perfection.

For his achievements, Hank Williams has been recognized with innumerous awards and honors. Williams enjoyed eight number one hits and more than thirty top ten songs on the charts during the 1980’s and 1990’s. In total, so far, Hank has placed ten singles in the number one spot on the country charts, and in the early 1980’s, nine of his albums were all on the country charts at the same time. Williams has been recognized by the Academy of Country Music as Entertainer of the Year for three straight years. Most recently, in the new millennium, Hank Williams Jr. released the albums The Almeria Club Recordings, I’m One of You, 127 Rose Avenue, and most recently, in 2012, Old School New Rules.

For more information on booking Hank Williams Jr, please contact Booking Entertainment. One of our top booking agents will be happy to work on your behalf to get you the best possible price to book any big name entertainer for your upcoming public, private or corporate event worldwide.

Booking Entertainment works to get the best possible Hank Williams Jr booking fee and Hank Williams Jr price for our clients while also providing the celebrity or famous entertainer with the level of professionalism and industry norms that they expect from an event run by a professional booking agency and production management.

Booking Entertainment uses our agency / management relationships and over 25 years of production experience to help buyers of headline / top name entertainers and does not claim or represent itself as the exclusive Hank Williams Jr agent, manager or management company for any of the artists on our site.

Booking Entertainment does not claim or represent itself as the exclusive booking agency, business manager, publicist, speakers bureau or management for Hank Williams Jr or any artists or celebrities on this website.