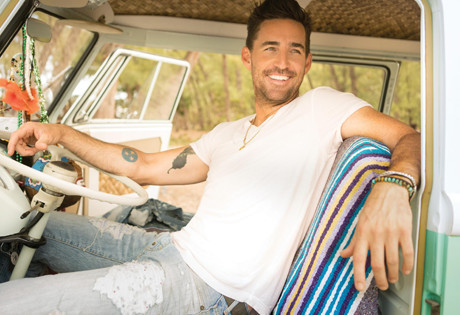 Start by filling out our no-obligation entertainment request form to check pricing and availability for Jake Owen or whoever else you may want.

Our Jake Owen agent will be happy to help you get Jake Owen's availability and booking fee, or the price and availability for any other A-List entertainer, band, comedian or celebrity you may want for your corporate event, private party, wedding, birthday party or public show.

Jake Owen was born Joshua Ryan Owen in 1981 in Vero Beach, Florida. Initially, Jake spent his youth playing golf, and had originally chosen that as his future profession, but an accident while in college disrupted that plan. While recovering, Jake began playing guitar and found he had a natural talent for the instrument. After a short period of time, he’d become a fairly proficient self-taught player, and began performing around town in local bars. He moved to Nashville, and a series of fortuitous events brought him to the attention of RCA Records, with which he signed in 2005.

Jake’s debut, Startin’ with Me, was released in the following year, and the first single, “Yee Haw,” rose into the top forty on the country charts. The surprising success of the album and single from a completely unknown, self-taught artist, took everyone by surprise, and support for his burgeoning career began to blossom. Owen joined Carrie Underwood and Brad Paisley on their tours that year, and began to build a fan base. At the same time, he released additional singles off the album, which also found homes on the charts: “Startin’ with Me” and “Something About a Woman.” Other albums also followed: Easy Does It (2009) and Barefoot Blue Jean Night (2011.) The more recent releases also spawned a number of additional hit singles, including: “Don’t Think I Can’t Love You,” “Eight Second Ride,” “Tell Me,” “Barefoot Blue Jean Night,” “Alone with You,” “The One that Got Away,” and “Anywhere with You.” In addition, Jake Owen enjoyed a hit with the remake of “Life in a Northern Town,” alongside Little Big Town and Sugarland; the song appears on Sugarland’s album, Love on the Inside.

Jake Owen’s career is just getting started, but with such an auspicious beginning, it can only rise from here. Owen continues to plan for future albums and tours, with another studio release on the horizon.

For more information on booking Jake Owen, please contact Booking Entertainment. One of our top booking agents will be happy to work on your behalf to get you the best possible price to book any big name entertainer for your upcoming public, private or corporate event worldwide.

Booking Entertainment works to get the best possible Jake Owen booking fee and Jake Owen price for our clients while also providing the celebrity or famous entertainer with the level of professionalism and industry norms that they expect from an event run by a professional booking agency and production management.

Booking Entertainment uses our agency / management relationships and over 25 years of production experience to help buyers of headline / top name entertainers and does not claim or represent itself as the exclusive Jake Owen agent, manager or management company for any of the artists on our site.

Booking Entertainment does not claim or represent itself as the exclusive booking agency, business manager, publicist, speakers bureau or management for Jake Owen or any artists or celebrities on this website.