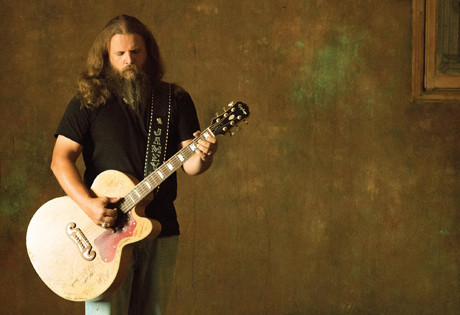 Start by filling out our no-obligation entertainment request form to check pricing and availability for Jamey Johnson or whoever else you may want.

Our Jamey Johnson agent will be happy to help you get Jamey Johnson's availability and booking fee, or the price and availability for any other A-List entertainer, band, comedian or celebrity you may want for your corporate event, private party, wedding, birthday party or public show.

Jamey Johnson was born in 1975 in Enterprise, Alabama. Jamey developed a strong love of country music from the time he was a young child, listening to artists such as Alan Jackson, and he began studying guitar when he was barely a teenager. Johnson attempted university studies but dropped out after two years and instead opted to serve in the United States Marines for eight year. During this time, he continued to write songs and play music, and so upon his discharge from the military, he began playing in bars and clubs around Montgomery, Alabama.

A move to Nashville at the turn of the millennium began to bring Johnson the attention he needed to launch a music career. After self-releasing his debut, They Call Me Country, Jamey began working as a studio vocalist, signing on demos for a variety of notable performers, including Trace Adkins, Big & Rich, and Hank Williams, Jr. The connections he made proved invaluable, and by 2005, Jamey had secured his first recording contract and released The Dollar, both as album and a title track. The single rose to the top twenty on the country charts, although Johnson’s career stalled for a bit in the time following. He wrote music for other performers during this time, and a number of his songs for other artists charted well (Including the Adkins recording of “I Got My Name On” and “Ladies Love Country Boys.”) Jamey appeared briefly on the television series Nashville before it’s cancellation, but it was his next endeavor that finally secured his position as a country writer and performer.

Jamey Johnson was finally signed to Mercury Nashville in 2008, shortly after he released That Lonesome Song, an album that garnered him the recognition he deserved. The first single off the album, “In Color,” rose to the top of the charts quickly, peaking at number nine, and “High Cost of Living” and “My Way to You” fared equally well. My Lonesome Song brought Jamey a number of award nominations, including: a Country Music Award nomination for New Artist of the Year; an Academy of Country Music nomination for Top New solo Vocalist; and three Grammy Award nominations for Best country Album, Best Country Song, and Best Male Country Vocal Performance.

Jamey Johnson’s career is finally on the rise. He recently released “Playing the Part” and The Guitar Song in 2010, and toured as the opening act for Kid Rock in 2011. He has also collaborated with a number of musicians on a variety of other songs, including “Bad Angel” (with Miranda Lambert), “Some Gave All” (with Billy Ray Cyrus and Craig Morgan), “Yesterday’s Wine” (with Blackberry Smoke and George Jones), and “The Highwaymen” (with Kris Kristofferson and Willie Nelson.) He continues to perform and record, and has plans for additional studio albums in the works.

For more information on booking Jamey Johnson, please contact Booking Entertainment. One of our top booking agents will be happy to work on your behalf to get you the best possible price to book any big name entertainer for your upcoming public, private or corporate event worldwide.

Booking Entertainment works to get the best possible Jamey Johnson booking fee and Jamey Johnson price for our clients while also providing the celebrity or famous entertainer with the level of professionalism and industry norms that they expect from an event run by a professional booking agency and production management.

Booking Entertainment uses our agency / management relationships and over 25 years of production experience to help buyers of headline / top name entertainers and does not claim or represent itself as the exclusive Jamey Johnson agent, manager or management company for any of the artists on our site.

Booking Entertainment does not claim or represent itself as the exclusive booking agency, business manager, publicist, speakers bureau or management for Jamey Johnson or any artists or celebrities on this website.