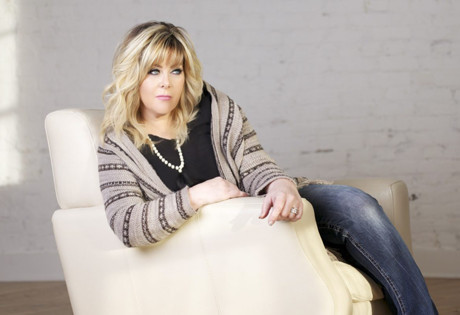 Start by filling out our no-obligation entertainment request form to check pricing and availability for Jamie ONeal or whoever else you may want.

Our Jamie ONeal agent will be happy to help you get Jamie ONeal's availability and booking fee, or the price and availability for any other A-List entertainer, band, comedian or celebrity you may want for your corporate event, private party, wedding, birthday party or public show.

Jamie O'Neal first struck Music City gold as a sought-after songwriter; it was only later that her own singing career blossomed. O'Neal was born Jamie Murphy in Australia to professional musician parents who eventually moved to Las Vegas and a casino gig via Hawaii. Eventually, Jamie and her sister Samantha began to perform with their parents. This led to a vagabond childhood spent traveling across America in an RV, performing at state fairs, conventions, and as an opening act for touring country stars. The family then moved to Nashville, where it recorded three self-released albums. But the divorce of O'Neal's mom and dad broke up the band, and she moved to Los Angeles with her father.

Regular high school wasn't for her however, and soon O'Neal had dropped out in order to try and make in Music City all on her own. She found some work as a demo performer for a Nashville song factory but soon left America altogether to visit her mother in Australia. There she began performing in clubs and on street corners and landed a gig as a backup singer for pop tart Kylie Minogue. But O'Neal was still writing her own songs and still thought that Nashville might be her ticket. A demo tape sent by her mother to old contacts in Nashville generated interest, and in 1996 O'Neal was offered a songwriting contract under producer Harold Shedd.

This exposure led to a sweeter songwriter/artist-development deal with EMI Music. While O'Neal sang backup for established country acts like Clay Davidson and Ronnie Milsap, her songs were covered by the likes of LeAnn Rimes and Chely Wright. But despite this success, O'Neal still felt stifled, as she still wasn't performing her own material.

That changed in 1998, when an audition with Mercury Nashville's Keith Stegall led to a recording contract with the label. Her country-pop debut, Shiver, was released in early 2000; it was nominated for three Grammy awards. After taking a break to start a family, O'Neal returned in 2005 with Brave. ~ Johnny Loftus, All Music Guide

For more information on booking Jamie ONeal, please contact Booking Entertainment. One of our top booking agents will be happy to work on your behalf to get you the best possible price to book any big name entertainer for your upcoming public, private or corporate event worldwide.

Booking Entertainment works to get the best possible Jamie ONeal booking fee and Jamie ONeal price for our clients while also providing the celebrity or famous entertainer with the level of professionalism and industry norms that they expect from an event run by a professional booking agency and production management.

Booking Entertainment uses our agency / management relationships and over 25 years of production experience to help buyers of headline / top name entertainers and does not claim or represent itself as the exclusive Jamie ONeal agent, manager or management company for any of the artists on our site.

Booking Entertainment does not claim or represent itself as the exclusive booking agency, business manager, publicist, speakers bureau or management for Jamie ONeal or any artists or celebrities on this website.