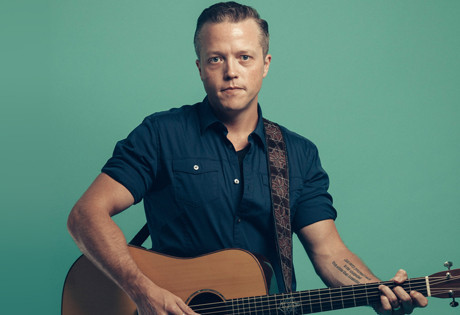 Start by filling out our no-obligation entertainment request form to check pricing and availability for Jason Isbell or whoever else you may want.

Our Jason Isbell agent will be happy to help you get Jason Isbell's availability and booking fee, or the price and availability for any other A-List entertainer, band, comedian or celebrity you may want for your corporate event, private party, wedding, birthday party or public show.

Singer-songwriter Jason Isbell was born in 1979 in Green Hill, Alabama. Isbell initially rose to prominence as a member of the group Drive-By Truckers, but long before that he grew up largely influenced by his grandparents, who often served as his caretaker while his parents were at work. Jason’s grandfather taught him to play a number of instruments, including mandolin, and as a child Isbell was largely influenced by bluegrass and gospel music.

By the time Jason Isbell was fifteen, he’d started his own country-oriented cover band, and he played at the Grand Ole Opry for the first time when he was only sixteen years old. After spending a few years as a songwriter, Jason Isbell joined the Drive-By Truckers in his early twenties. From 2001 to 2007, Isbell remained with the group, performing and writing music for three of their albums. In 2007, he left the group to pursue a career as a solo artist, releasing the album Sirens of the Ditch in the summer of that year. Around the same time, Jason established the band Jason Isbell and the 400 Unit.

Jason Isbell and the 400 Unit released a self-titled debut in 2009. The album spawned the hit single, “ Alabama Pines,” which earned the group a Song of the Year Award from the Americana Music Awards. Since that time, Isbell has performed and recorded both with the 400 Unit and as a solo artist, releasing the additional albums: Here We Rest, Southeastern, and Something More than Free, the latter of which rose to the top of the country, mainstream, and rock charts shortly after its release. The album also earned Jason his first Grammy Award, for Best Americana Album.

Clearly, Jason Isbell is a star on the rise and one to watch in the coming years. He recently performed his latest single, “The Life You Choose,” on the television show Later With Jools Holland. He also recently earned three nominations from the Americana Music Honors & Awards, for Artist of the Year, Song of the Year, and Album of the Year.

For more information on booking Jason Isbell, please contact Booking Entertainment. One of our top booking agents will be happy to work on your behalf to get you the best possible price to book any big name entertainer for your upcoming public, private or corporate event worldwide.

Booking Entertainment works to get the best possible Jason Isbell booking fee and Jason Isbell price for our clients while also providing the celebrity or famous entertainer with the level of professionalism and industry norms that they expect from an event run by a professional booking agency and production management.

Booking Entertainment uses our agency / management relationships and over 25 years of production experience to help buyers of headline / top name entertainers and does not claim or represent itself as the exclusive Jason Isbell agent, manager or management company for any of the artists on our site.

Booking Entertainment does not claim or represent itself as the exclusive booking agency, business manager, publicist, speakers bureau or management for Jason Isbell or any artists or celebrities on this website.