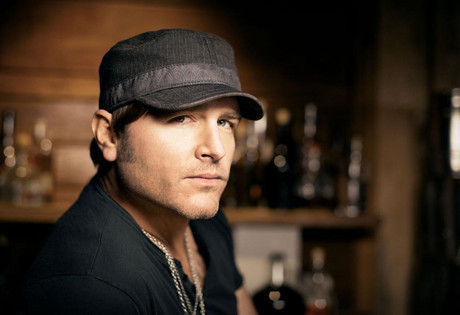 Start by filling out our no-obligation entertainment request form to check pricing and availability for Jerrod Niemann or whoever else you may want.

Our Jerrod Niemann agent will be happy to help you get Jerrod Niemann's availability and booking fee, or the price and availability for any other A-List entertainer, band, comedian or celebrity you may want for your corporate event, private party, wedding, birthday party or public show.

Jerrod Niemann was born in 1979 in Harper, Kansas. As a young man, Niemann learned to play the guitar and began performing in competitions. After graduating from high school, Jerrod began his college studies but continued to perform in local bars and clubs. His debut album, Long Hard Road, was self-released in 1999.

The year after releasing his album, Jerrod Niemann moved to Nashville and established the band Kane. Kane continued to tour regularly and Jerrod continued to seek opportunities for a recording contract. That opportunity finally came in 2010, when Niemann signed to Arista Nashville and released the single “Lover, Lover.” The song became Jerrod’s first single to eventually hit the number one spot on the country charts. Shortly after, Niemann released Judge Jerrod & the Hung Jury, his debut album, and released three more singles, “What Do You Want,” “One More Drinkin’ Song,” and “Shinin’ on Me.” All three songs charted well.

In addition to his own music, Jerrod Niemann is an accomplished songwriter who began writing before he was in his teens. Shortly after the new millennium, and even before he secured his own recording contract, Jerrod Niemann co-wrote a number of songs for Garth Brooks, and he has in addition written music for such notables as Neal McCoy, Zona Jones, Jamey Johnson, and Julie Roberts.

Jerrod Niemann’s career is definitely one on the rise. His second album, Free the Music (featuring the single “Only God Could Love You More”), was released in 2012. Niemann continues with plans for future albums and performances.

For more information on booking Jerrod Niemann, please contact Booking Entertainment. One of our top booking agents will be happy to work on your behalf to get you the best possible price to book any big name entertainer for your upcoming public, private or corporate event worldwide.

Booking Entertainment works to get the best possible Jerrod Niemann booking fee and Jerrod Niemann price for our clients while also providing the celebrity or famous entertainer with the level of professionalism and industry norms that they expect from an event run by a professional booking agency and production management.

Booking Entertainment uses our agency / management relationships and over 25 years of production experience to help buyers of headline / top name entertainers and does not claim or represent itself as the exclusive Jerrod Niemann agent, manager or management company for any of the artists on our site.

Booking Entertainment does not claim or represent itself as the exclusive booking agency, business manager, publicist, speakers bureau or management for Jerrod Niemann or any artists or celebrities on this website.