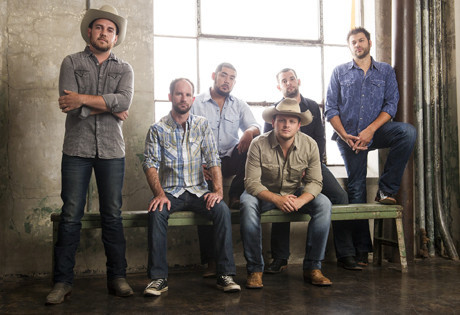 Start by filling out our no-obligation entertainment request form to check pricing and availability for Josh Abbott Band or whoever else you may want.

Our Josh Abbott Band agent will be happy to help you get Josh Abbott Band's availability and booking fee, or the price and availability for any other A-List entertainer, band, comedian or celebrity you may want for your corporate event, private party, wedding, birthday party or public show.

The country band Josh Abbott Band was established by Josh Abbott in 2006, in Lubbock, Texas. Abbott was at the time pursuing his Masters degree, but a lifelong love of music was also occupying his focus during these years. After founding the band with three of his fraternity brothers (Drew Hurt, Neel Huey, and Austin Davis), Abbott left his studies to focus on music full-time, and by 2009, Josh Abbott Band had released their debut album, Scapegoat.

Scapegoat didn’t spawn any hit singles, but the album set the stage for the band’s follow-up, She’s Like Texas, released in 2010. Josh Abbott Band’s sophomore effort was far more successful than their first, rising into the top of the Country Albums charts and giving audiences the singles “She’s Like Texas,” “Road Trippin,” and “Oh, Tonight,” a duet with Kacey Musgraves which rose into the country charts, peaking at the number forty-four spot.

Most recently, Josh Abbott Band has released the album Small Town Family Dream (2012). The album features the songs “My Texas,” “Touch,” “I’ll Sing About Mine,” and “She Will Be Free.” Josh Abbott Band continues to perform and record, and has plans for another studio album release in the future.

For more information on booking Josh Abbott Band, please contact Booking Entertainment. One of our top booking agents will be happy to work on your behalf to get you the best possible price to book any big name entertainer for your upcoming public, private or corporate event worldwide.

Booking Entertainment works to get the best possible Josh Abbott Band booking fee and Josh Abbott Band price for our clients while also providing the celebrity or famous entertainer with the level of professionalism and industry norms that they expect from an event run by a professional booking agency and production management.

Booking Entertainment uses our agency / management relationships and over 25 years of production experience to help buyers of headline / top name entertainers and does not claim or represent itself as the exclusive Josh Abbott Band agent, manager or management company for any of the artists on our site.

Booking Entertainment does not claim or represent itself as the exclusive booking agency, business manager, publicist, speakers bureau or management for Josh Abbott Band or any artists or celebrities on this website.