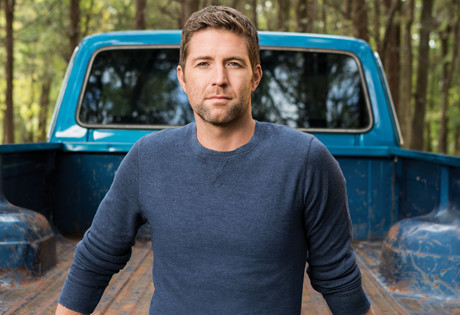 Start by filling out our no-obligation entertainment request form to check pricing and availability for Josh Turner or whoever else you may want.

Our Josh Turner agent will be happy to help you get Josh Turner's availability and booking fee, or the price and availability for any other A-List entertainer, band, comedian or celebrity you may want for your corporate event, private party, wedding, birthday party or public show.

Josh Turner was born in 1977 in Hannah, South Carolina. As a young man, Josh often sang in the local church choir, and shortly after graduating from high school, he moved to Nashville and began preparing for a career as a performer. His debut on the Grand Ole Opry, singing his self-written song, “Long Black Train,” earned him a standing ovation, highly unusual praise for an unknown performer. Shortly thereafter, Josh Turner released a series of singles (“Long Black Train,” “She’ll Go on You,” “What It Ain’t,” and “Backwoods Boy”), all moderately successful, prior to releasing his debut album, Long Black Train, in 2003.

Long Black Train was successful enough to pave the way for Josh’s sophomore effort, Your Man, in 2006. The album garnered Turner Grammy nominations for Best Country Album and Best Male Country Vocal Performance. Everything is Fine followed in 2007, and then Haywire in 2010, giving audiences the hit singles: “Would You Go With Me,” “Firecracker,” “Why Don’t We Just Dance,” “All Over Me,” and “I Wouldn’t Be a Man.”

In addition to his Grammy nominations, Josh Turner’s music has been recognized by the Academy of Country Music Awards (for Top New Artist in 2004); the Country Music Association Awards (for the Horizon Award, Male Vocalist of the Year, Song of the Year for “Long Black Train” in 2004, and again for Single Record of the Year for “Would you Go with Me” in 2007); and the Academy of Country Music Awards (for Best New Artist in 2005.) Most recently, Josh Turner released the album Punching Bag, featuring his new single, “Time is Love.” The single was declared by Billboard Year-End to be the biggest country hit of 2012.

For more information on booking Josh Turner, please contact Booking Entertainment. One of our top booking agents will be happy to work on your behalf to get you the best possible price to book any big name entertainer for your upcoming public, private or corporate event worldwide.

Booking Entertainment works to get the best possible Josh Turner booking fee and Josh Turner price for our clients while also providing the celebrity or famous entertainer with the level of professionalism and industry norms that they expect from an event run by a professional booking agency and production management.

Booking Entertainment uses our agency / management relationships and over 25 years of production experience to help buyers of headline / top name entertainers and does not claim or represent itself as the exclusive Josh Turner agent, manager or management company for any of the artists on our site.

Booking Entertainment does not claim or represent itself as the exclusive booking agency, business manager, publicist, speakers bureau or management for Josh Turner or any artists or celebrities on this website.