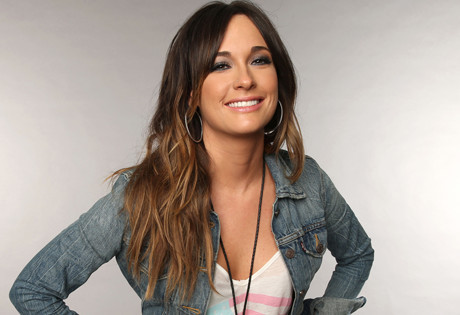 Start by filling out our no-obligation entertainment request form to check pricing and availability for Kacey Musgraves or whoever else you may want.

Our Kacey Musgraves agent will be happy to help you get Kacey Musgraves's availability and booking fee, or the price and availability for any other A-List entertainer, band, comedian or celebrity you may want for your corporate event, private party, wedding, birthday party or public show.

The American singer, Kacey Lee Musgraves, was born in 1988 in Texas. Musgraves rose to prominence after appearing on the television reality show, Nashville Star, in 2007. But long before that, Kacey grew up in the town of Golden, where she started signing and writing her own music while still in elementary school. By the time she was a teenager, she was studying music under the tutelage of a local guitar player, and by the time she was eighteen, she had started recording her own demos.

Kacey’s career got a big boost after her appearance on Nashville Star. In 2012, shortly after signing with Mercury Records, she released her debut single, “Merry Go ‘Round,” which preceded her debut album, Same Trailer Different Park, in early 2013. The song rose into the top twenty on the country charts in the United States, and the album also spawned the additional hits: “Blowin’ Smoke,” “Follow Your Arrow,” and “Keep It to Yourself.” The album and singles earned Kacey Musgraves multiple award nominations, including six CMA Awards (for Single of the Year, Album of the Year, Song of the Year, Female Vocalist of the Year, and New Artist of the Year) and four Grammy Awards (for Best New Artist, Best country Song, and Best country Album.)

Kacey Musgraves released her second album, Pageant Material, in 2015. The album features the singles “Dime Store Cowgirl” and “Biscuits,” and has earned her another Grammy nomination for Best Country Album.

For more information on booking Kacey Musgraves, please contact Booking Entertainment. One of our top booking agents will be happy to work on your behalf to get you the best possible price to book any big name entertainer for your upcoming public, private or corporate event worldwide.

Booking Entertainment works to get the best possible Kacey Musgraves booking fee and Kacey Musgraves price for our clients while also providing the celebrity or famous entertainer with the level of professionalism and industry norms that they expect from an event run by a professional booking agency and production management.

Booking Entertainment uses our agency / management relationships and over 25 years of production experience to help buyers of headline / top name entertainers and does not claim or represent itself as the exclusive Kacey Musgraves agent, manager or management company for any of the artists on our site.

Booking Entertainment does not claim or represent itself as the exclusive booking agency, business manager, publicist, speakers bureau or management for Kacey Musgraves or any artists or celebrities on this website.