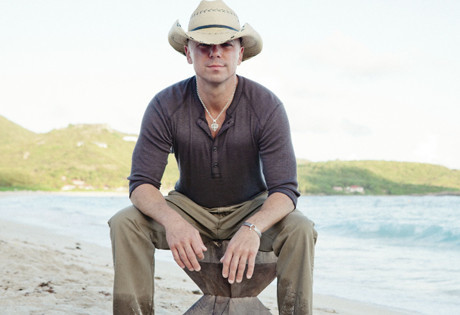 Start by filling out our no-obligation entertainment request form to check pricing and availability for Kenny Chesney or whoever else you may want.

Our Kenny Chesney agent will be happy to help you get Kenny Chesney's availability and booking fee, or the price and availability for any other A-List entertainer, band, comedian or celebrity you may want for your corporate event, private party, wedding, birthday party or public show.

Kenny Chesney was born in 1968 in Knoxville, Tennessee. Initially, Kenny’s focus as a teenager was on athletics, playing football and baseball. But after receiving his first guitar shortly after graduation, Chesney fell in love with music and discovered his natural talent for the instrument. He recorded his first demo while still in college, and after graduating in 1990 with an advertising degree, Kenny embarked on a journey to Nashville, where he sought to establish himself as a country music artist.

Chesney’s first gigs in Nashville were as a songwriter, and BMI quickly snatched him up with a writer’s contract. Eventually, he signed his first recording contract, and by 1994, Kenny had released his debut, In My Wildest Dreams. The album was only moderately successful, spawning the singles “The Tin Man” and “Whatever It Takes,” but it paved the way for Chesney’s follow-up in 1995, All I Need To Know. Kenny’s sophomore effort produced the hit singles “Fall in Love” and the “All I Need To Know,” and finally launched his career as a country music star.

In total so far, Chesney has given audiences more than thirty chart-topping singles and has been recognized with numerous awards, including two Academy of Country Music Awards (for New Male Vocalist of the Year in 1997 and Top Male Vocalist of the Year in 2002), and four Country Music Association Awards for Entertainer of the Year (in 2004 and again for three years running between 2006 and 2008.) Most recently, Kenny Chesney released his latest studio album, Life on a Rock, featuring the song “Pirate Flag,” in 2013.

For more information on booking Kenny Chesney, please contact Booking Entertainment. One of our top booking agents will be happy to work on your behalf to get you the best possible price to book any big name entertainer for your upcoming public, private or corporate event worldwide.

Booking Entertainment works to get the best possible Kenny Chesney booking fee and Kenny Chesney price for our clients while also providing the celebrity or famous entertainer with the level of professionalism and industry norms that they expect from an event run by a professional booking agency and production management.

Booking Entertainment uses our agency / management relationships and over 25 years of production experience to help buyers of headline / top name entertainers and does not claim or represent itself as the exclusive Kenny Chesney agent, manager or management company for any of the artists on our site.

Booking Entertainment does not claim or represent itself as the exclusive booking agency, business manager, publicist, speakers bureau or management for Kenny Chesney or any artists or celebrities on this website.