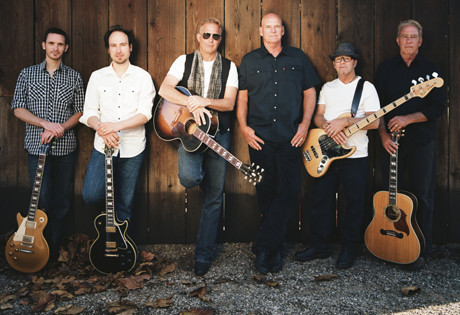 Start by filling out our no-obligation entertainment request form to check pricing and availability for Kevin Costner & Modern West or whoever else you may want.

American actor Kevin Costner was born in 1955 in Lynwood, California and grew up in various parts of California. Costner’s father’s job resulted in frequent moves, forcing young Kevin to make new friends often, but at most of his schools he excelled on the athletic field, even more so than in his academic pursuits. After graduating from college, a chance meeting with Richard Burton while on a flight from Mexico to Los Angeles resulted in a conversation that forever changed Costner’s direction in life.

Although the meeting was brief, it inspired Kevin Costner to pursue a career as an actor. He began taking acting lessons and auditioning for roles, the first of which was a bit part on the film Night Shift in 1982.  A few commercial gigs later led to his now famous role in the Big Chill (as that of the corpse), but his breakthrough as an actor came with the film Silverado in 1985. Roles in the Untouchables, No Way Out, and Bull Durham also helped to bolster his career, and with Field of Dreams it seemed as though Kevin Costner had become one of the most recognizable faces of the 1980’s.

But Costner’s biggest role and greatest achievement was to come with the film Dances with Wolves, in which he both directed and starred. The film earned seven Academy Award nominations, including one for Costner as Best Director and the coveted Best Picture award. Since that time, Kevin Costner has gone on to become one of the country’s most beloved actors. Additional starring roles for Costner include the films: Robin Hood: Price of Thieves, The Bodyguard, and The Postman. He has also earned multiple Emmys and Golden Globe awards for his role in the miniseries Hatfields & McCoys in 2012.

In recent years, Kevin Costner has also launched a career as a country music singer, serving as the front-man for Kevin Costner & Modern West. The group released the album Untold Truths in 2008 and it rose into the charts. Since the group’s inception, Costner has performed throughout the globe, and the group most recently released the follow-up album, Turn it On, in 2010.

For more information on booking Kevin Costner & Modern West, please contact Booking Entertainment. One of our top booking agents will be happy to work on your behalf to get you the best possible price to book any big name entertainer for your upcoming public, private or corporate event worldwide.

Booking Entertainment works to get the best possible Kevin Costner & Modern West booking fee and Kevin Costner & Modern West price for our clients while also providing the celebrity or famous entertainer with the level of professionalism and industry norms that they expect from an event run by a professional booking agency and production management.

Booking Entertainment uses our agency / management relationships and over 25 years of production experience to help buyers of headline / top name entertainers and does not claim or represent itself as the exclusive Kevin Costner & Modern West agent, manager or management company for any of the artists on our site.

Booking Entertainment does not claim or represent itself as the exclusive booking agency, business manager, publicist, speakers bureau or management for Kevin Costner & Modern West or any artists or celebrities on this website.