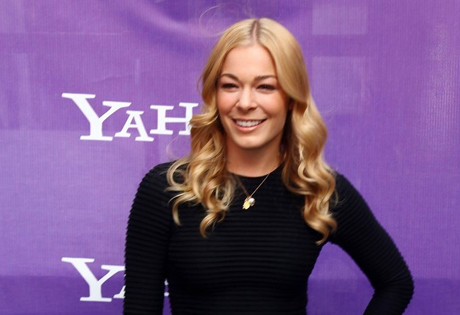 Start by filling out our no-obligation entertainment request form to check pricing and availability for Leanne Rimes or whoever else you may want.

Our Leanne Rimes agent will be happy to help you get Leanne Rimes's availability and booking fee, or the price and availability for any other A-List entertainer, band, comedian or celebrity you may want for your corporate event, private party, wedding, birthday party or public show.

LeAnn Rimes was born Margaret LeAnn Rimes in 1982 in Jackson, Mississippi but grew up in Texas. LeAnn began singing and performing when she was still a child, and decided to pursue a career in country music after competing on Star Search. Rimes’s father established his own independent music label so that LeAnn could begin recording, and three albums were released under his label before LeAnn was signed to her first recording contract.

LeAnn’s major label debut, Blue, was released in 1996 and the title track rose to number ten on the country charts. The album eventually rose to the number one spot and spawned three additional hit singles: “One Way Ticket (Because I Can),” “The Light in Your Eyes,” and “Hurt Me.” Blue gave LeAnn Rimes the recognition she sought, and at the age of fourteen she became the youngest ever Grammy winner for Best New Artist in 1997. That same year, she also won the Grammy for Best Female Country Vocal Performance. From there on, LeAnn Rimes released a series of albums and singles which helped her to cross over to mainstream success in addition to enjoying continued success on the country charts: Sittin’ On Top of the World (1998), LeAnn Rimes (1999), Twisted Angel (2002), What a Wonderful World (2004), This Woman (2005), Whatever We Wanna (2006), Family (2007), Lady & Gentlemen (2011), “The Light in Your Eyes,” “On the Side of Angels,” “Commitment,” “Big Deal,” “I Need You,” “Nothin’ ‘bout Love Makes Sense,” “Probably Wouldn’t Be This Way,” “Something’s Gotta Give,” and “How Do I Live,” which at sixty-nine weeks on the chart became the longest running single in chart history.

In addition to her Grammies, for her achievements in music, LeAnn Rimes has also earned an American Music Award, a Country Music Association Award, three Academy of Country Music Awards, and twelve Billboard Music Awards. Thus far, her albums have sold more than thirty-five million records worldwide, and Rimes has placed more than forty singles on the charts since her major label debut. LeAnn Rimes’s most recent album, Spitfire, was released in 2013.

For more information on booking Leanne Rimes, please contact Booking Entertainment. One of our top booking agents will be happy to work on your behalf to get you the best possible price to book any big name entertainer for your upcoming public, private or corporate event worldwide.

Booking Entertainment works to get the best possible Leanne Rimes booking fee and Leanne Rimes price for our clients while also providing the celebrity or famous entertainer with the level of professionalism and industry norms that they expect from an event run by a professional booking agency and production management.

Booking Entertainment uses our agency / management relationships and over 25 years of production experience to help buyers of headline / top name entertainers and does not claim or represent itself as the exclusive Leanne Rimes agent, manager or management company for any of the artists on our site.

Booking Entertainment does not claim or represent itself as the exclusive booking agency, business manager, publicist, speakers bureau or management for Leanne Rimes or any artists or celebrities on this website.