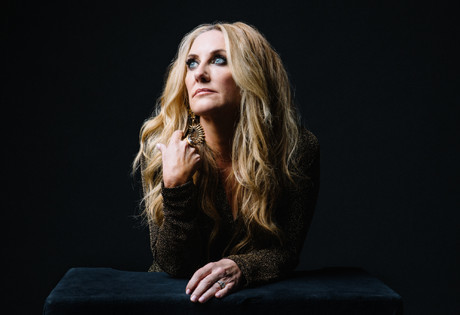 Start by filling out our no-obligation entertainment request form to check pricing and availability for Lee Ann Womack or whoever else you may want.

Our Lee Ann Womack agent will be happy to help you get Lee Ann Womack's availability and booking fee, or the price and availability for any other A-List entertainer, band, comedian or celebrity you may want for your corporate event, private party, wedding, birthday party or public show.

Lee Ann Womack was born in 1966 in Jacksonville, Texas. She grew up with a strong musical influence around her; her father was a disc jockey and used to bring her on jobs with him, exposing the young Lee Ann to a variety of different styles of music. She studied piano as a teenager and then after entering college, played in a few bands and perfected her talents as a singer. After interning at MCA Records in Nashville, Lee Ann took a few years off from music before re-entering the scene in the mid 1990’s, when she crafted a few songwriting demos and began shopping them around.

Initially, Lee Ann Womack worked as a songwriter, crafting music for other artists, until she caught the attention of Decca Nashville. Womack signed with the label in 1996 and released her debut album in the following year.  The album spawned the singles “The Fool,” and “Never Again, Again,” and earned Womack nods and awards from the Academy of Country Music, launching a successful career. Since then, Womack has released the albums: Some Things I Know (1998), I Hope You Dance (2000), Something Worth Leaving Behind (2002), There’s More Where That Came From (2005), Call Me Crazy (2008), and Icon (2011.) The albums spawned the hit singles: “You’ve Got to Talk to Me,” “A Little Past Little Rock,” “I’ll Think of a Reason Later,” “Ashes by Now,” “Why They Call it Falling,” “I May Hate Myself in the Morning,” and her iconic achievement, the song “I Hope You Dance,” which became her biggest crossover hit to date.

Throughout her career, Lee Ann Womack has been recognized with awards and nominations by the Academy of Country Music (with five wins), the Country Music Association Awards (five wins), and a Grammy win. Her albums have sold more than six million units worldwide, and “I Hope You Dance” has become a traditional “end of the night song” for hundreds of proms and special events nationwide.

For more information on booking Lee Ann Womack, please contact Booking Entertainment. One of our top booking agents will be happy to work on your behalf to get you the best possible price to book any big name entertainer for your upcoming public, private or corporate event worldwide.

Booking Entertainment works to get the best possible Lee Ann Womack booking fee and Lee Ann Womack price for our clients while also providing the celebrity or famous entertainer with the level of professionalism and industry norms that they expect from an event run by a professional booking agency and production management.

Booking Entertainment uses our agency / management relationships and over 25 years of production experience to help buyers of headline / top name entertainers and does not claim or represent itself as the exclusive Lee Ann Womack agent, manager or management company for any of the artists on our site.

Booking Entertainment does not claim or represent itself as the exclusive booking agency, business manager, publicist, speakers bureau or management for Lee Ann Womack or any artists or celebrities on this website.