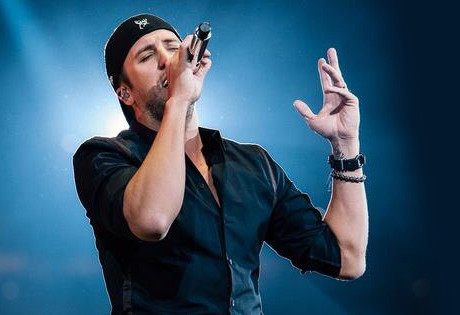 Start by filling out our no-obligation entertainment request form to check pricing and availability for Luke Bryan or whoever else you may want.

Our Luke Bryan agent will be happy to help you get Luke Bryan's availability and booking fee, or the price and availability for any other A-List entertainer, band, comedian or celebrity you may want for your corporate event, private party, wedding, birthday party or public show.

Luke Bryan was born Thomas Luther Bryan in 1976 in Leesburg, Georgia. He started playing guitar when he was fourteen and began forming bands and performing around the local area. After attending Georgia Southern University, he moved to Nashville in 2001 and began writing music with a publishing house. Some of his earliest songs were written for such notables as Travis Tritt and Billy Currington, but within a short period of time Luke was recognized for his own talents as a performer and he signed a recording contract with Capital Records.

Luke Bryan’s debut single, “All My Friends Say,” was released in 2007 and rose into the top ten on the country charts. Bryan’s debut album, I’ll Stay Me, followed, and spawned the additional hits “We Rode in Trucks” and “Country Man.” The albums Doin’ My Thing (2009) and Tailgates & Tanlines (2011) followed, spawning the singles: “Do I,” “Rain is a Good Thing,” “Someone Else Calling You Baby,” “Country Girl (Shake it For Me),” “I Don’t Want this Night To End,” “Drunk on You,” and “ Kiss Tomorrow Goodbye,” most of which either hit the number one spot on the country charts or at least rose into the top five.

For his talents, even this early in his career, Luke Bryan has been recognized with multiple awards and nominations, including: Top New Solo Vocalist and Top New Artist from the Academy of Country Music Awards; New Artist of the Year and Album of the Year from the Country Music Association Awards; Male Artist of the Year from the American Country Awards; Favorite Male Country Artist and Favorite Country Album from the American Music Awards; and Top Country Artist, Top Country Album, and Top Country Song form the Billboard Music Awards. Most recently, Luke Bryan launched a tour running from late 2012 into early 2013, and released the next single off his soon-to-be released album, “Crash My Party.”

For more information on booking Luke Bryan, please contact Booking Entertainment. One of our top booking agents will be happy to work on your behalf to get you the best possible price to book any big name entertainer for your upcoming public, private or corporate event worldwide.

Booking Entertainment works to get the best possible Luke Bryan booking fee and Luke Bryan price for our clients while also providing the celebrity or famous entertainer with the level of professionalism and industry norms that they expect from an event run by a professional booking agency and production management.

Booking Entertainment uses our agency / management relationships and over 25 years of production experience to help buyers of headline / top name entertainers and does not claim or represent itself as the exclusive Luke Bryan agent, manager or management company for any of the artists on our site.

Booking Entertainment does not claim or represent itself as the exclusive booking agency, business manager, publicist, speakers bureau or management for Luke Bryan or any artists or celebrities on this website.